Salman Khan said: "The persona you are seeing onscreen is a contribution of more than 100 people from the different departments like camera, make-up and lights" 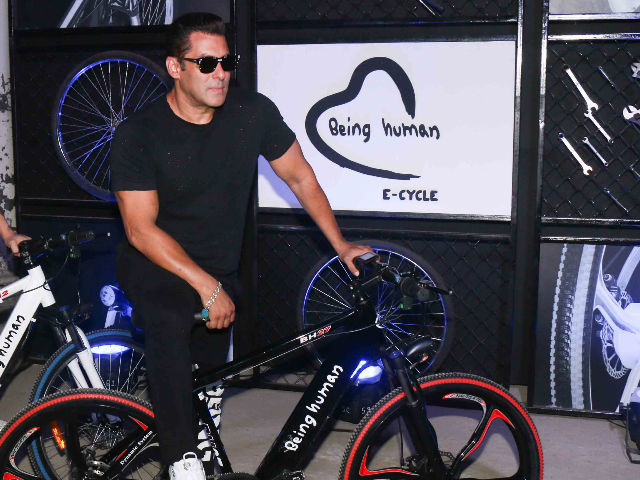 Superstar Salman Khan has a huge fan following but the 51-year-old actor told news agency IANS that he 'doesn't take stardom seriously.' Salman Khan, who stars in Tubelight releasing later this month, said: "As an actor I'm doing my job. The persona you are seeing onscreen is a contribution of more than 100 people from the different departments like camera, make-up and lights. How can I take that madness that you guys (media and common people) call stardom so seriously? I don't." Salman Khan's third film with director Kabir Khan will hit the screens on June 23, two days before Eid.
Salman's brother Sohail co-stars in Tubelight and the Bajrangi Bhaijaan actor said that to prepare for their roles of Laxman (Salman) and Bharat (Sohail) they used to "recollect childhood memories." Salman told IANS: "(The) character in the film took me back to my school days. Sohail and I used to recollect so many memories of our childhood... Playing an innocent and pure character at an age when you are no more innocent, when you have experienced the corrupt world, was quite a task."

Salman Khan's first film with Kabir was espionage film Ek Tha Tiger while their second film together was emotional drama Bajrangi Bhaijaan. "Our understanding of films is very different. His approach is more realistic, he comes from documentary filmmaking. On the other hand, I am into commercial Bollywood. Perhaps that is why when these two meet, a new style is born."

After Tubelight, Salman Khan has Ali Abbas Zafar's Tiger Zinda Hai with Katrina Kaif up his sleeve.
(With IANS inputs)