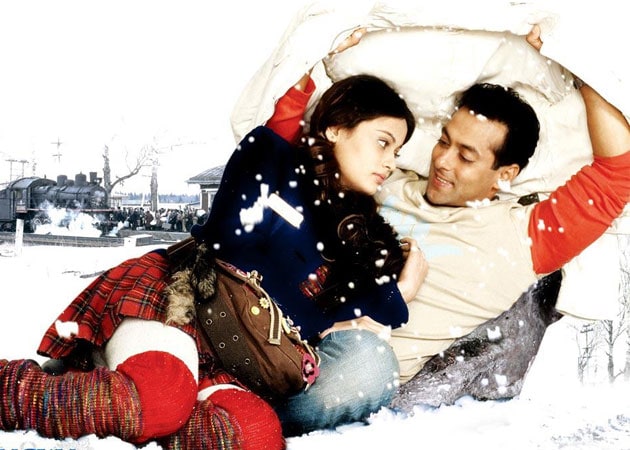 Salman and Sneha in a poster of the film Lucky: No Time For Love

Actress Sneha Ullal, who debuted opposite Salman Khan in Lucky: No Time For Love , is all set to make a comeback in Bollywood following her stint down South.

Actress Sneha Ullal, who debuted opposite Salman Khan in Lucky: No Time For Love , is all set to make a comeback in Bollywood following her stint down South.
Salman, 48, who launched the starlet in 2005 film Lucky: No Time For Love, is now guiding her for the second innings in Hindi movies.
Though Lucky: No Time For Love failed to garner attention at the box office, Sneha, 28, was noted for her striking similarity with Aishwarya Rai Bachchan.
"After my debut film Lucky: No Time for Love I and Salman have been in touch. I was too naive when I did that film. Now that I have done couple of films in South, I am ready to come back here. Its lately that he has been guiding me for it (comeback)," Sneha told PTI.
"He says its important to look appealing in showbiz. He has given me a gym regime to follow and learn belly dancing. He has always pushed me to do better work and I really look up to him," she said.
Now that she has acted in few Telugu films, Sneha wants to be very careful while making choices here. "There have been offers coming my way and I am overwhelmed and nervous at the same time. I am taking my time and want to go slow. As this time there is no room for mistake. I want to be careful as the competition is killer this time," Sneha said.
When asked if Salman is planning to cast her in one of his upcoming movies, Sneha said, "As of now, there are no film offers from him."