Salman Khan Has More Than One Pyaar Ka Punchnama 2 Connection 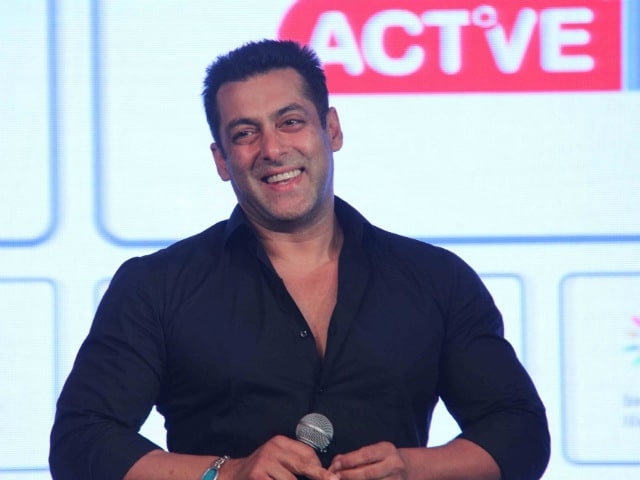 Salman Khan photographed at an event in Mumbai.

Actor Omkar Kapoor, who is making his debut as a lead actor in forthcoming film Pyaar Ka Punchnama 2, says that he wants to show the Luv Ranjan-directed project to veteran actors Anil Kapoor, Sridevi and Salman Khan, with whom he has worked as a child artist earlier.
Omkar has done films like Mela, Hero No 1, Masoom, Judaai and Judwaa as a child actor.
He was seen in Judaai as Anil and Sridevi's son and he played the younger version of Salman in Judwaa. He was also part of the popular song Chotta Bacha Jaan Ke Humko. With Pyaar Ka Punchnama 2, he's making his debut as a grown up.
"Pyaar Ka Punchnama 2 is my first film as a lead actor and I'm extremely excited about it. I have always been passionate about acting and started my career at a very young age," Omkar said in a statement.
"I had taken a pause in the middle to complete my studies and here I'm with Pyaar Ka Punchnama 2, which is a very special film for me. I wish to show it to Anil sir, Sridevi ma'am, and Salman bhai. (Also Read: Why Swara Bhaskar Enjoyed Working in Salman's Prem Ratan Dhan Payo)
"I am a huge admirer of them and would love to know their views and seek their blessings," he added.
The bhaijaan, who recently watched the trailer of Pyaar Ka Punchnama 2, did shower his "blessings" on Twitter and also mentioned two other Pyaar Ka Punchnama 2 stars - Sonalli Sehgal and Sunny Singh Nijjar his tweets. Sonalli has featured in an advertisement with Salman, while Sunny is the son of son of award-winning action director Jai Singh Nijjar, who has worked for movies like Channai Express and Singham.
He posted a series of tweets on October 6:

Was watching promo of Pyaar ka punchnama, hahahah! Glad to see @sonnalliseygall, did the thumsup advt vit her sm time ago. happy for her.

the kid who played my bacchpan in judwa omkaar is in it.N also jai paji who used to b a fighter then action director his son @mesunnysingh

A sequel of 2011 film Pyaar Ka Punchnama, it also features actors Kartik Aaryan, Nushrat Bharucha and Ishita Sharma in key roles.
The film is slated to release on October 16.