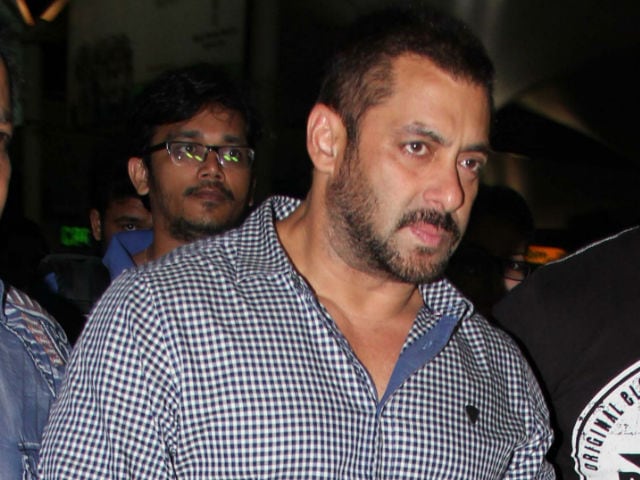 "It is not that we have not tried to get in touch with Kamaal Khan and examine him as a prosecution witness, but we could not find him. Besides, the defence could also have examined him as a defence witness if they wanted to," Government pleader SS Shinde said

The prosecution in the 2002 hit-and-run case opposed Salman Khan's application that his friend, singer Kamaal Khan, who was in the actor's car at the time of the accident, should be examined in the Bombay High Court.
Government pleader SS Shinde filed a written reply opposing Mr Khan's application. Justice AR Joshi would hear both the sides on the issue on November 24.
The prosecution said that Mr Khan, Kamaal Khan and police constable Ravindra Patil (Mr Khan's bodyguard) were in the car on the night of September 28, 2002.
However, Mr Khan's lawyer Amit Desai claimed that the actor's family drivers also accompanied them. "Altaf was in the vehicle from Galaxy Apartments (Mr Khan's residence) to the JW Marriott Hotel. At the hotel, another driver, Ashok Singh took over and he was driving when the car had rammed into a bakery, killing one person and injuring four," he said.
"It is not that we have not tried to get in touch with Kamaal Khan and examine him as a prosecution witness, but we could not find him. Besides, the defence could also have examined him as a defence witness if they wanted to," Mr Shinde told reporters. (Also Read: Prosecution Says Kamaal Khan 'Vanished' During Trial in 2002 Hit-And-Run Case)
The court's ruling on whether Kamaal Khan should be examined at this stage would be important in deciding the course of the appeal, Mr Shinde said.
Mr Desai had argued that Kamaal Khan was with Mr Khan for the entire evening and he could throw light on the incident better than anyone else, but the prosecution never examined him.
But Mr Shinde had said during the arguments that after obtaining Mumbai court's permission to leave the country, Kamaal Khan, a UK national, "vanished". When the trial started before the sessions court, the prosecution could not find his whereabouts.
Mr Shinde also argued that contrary to the defence's claim, Ravindra Patil's statement was admissible under section 33 of Indian Evidence Act.
Mr Patil died of tuberculosis during the trial in 2007. The sessions court, later, relied on his statement recorded before the magistrate while convicting Mr Khan.
Mr Patil had said that the actor was driving at a great speed and was drunk and he had warned him to be careful. However, the defence has pointed out that in the first information report registered by Mr Patil at Bandra police station after the incident, he did not mention that Mr Khan was driving and that he was under the influence of liquor.
The sessions court had on May 6 this year sentenced Mr Khan to five years in jail for culpable homicide not amounting to murder. The actor filed an appeal in the High Court and is currently on bail.