Salman Khan is a Star Performer, Says This Choreographer 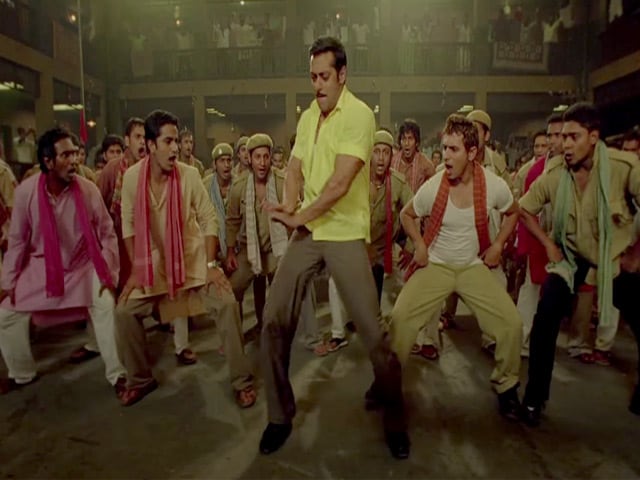 Salman Khan in a still from the song Humka Peeni Hai.

Salman Khan spotted Muddassar during a dance competition in Mumbai

Muddassar Khan has credited superstar Salman Khan for making him a successful choreographer in Bollywood.
Muddassar, who started his career in showbiz with Dabangg in which he choreographed the rustic number Humka Peeni Hai, said the superstar is a unique performer.
"Salman is a star performer. He is very positive. There is always a scope for improvement when you choreograph for him. He adds his own style and funny elements to a dance number. He is always happy to learn. I will be grateful to him for giving me an opportunity in Bollywood," Muddassar told PTI.
The Bajrangi Bhaijaan star spotted Muddassar during a dance competition in Mumbai and offered him to choreograph Humka Peeni Hai. (Also Read: Any Body Can Dance. Even Irrfan, Rajkummar and, Yes, Salman)
That choreography stint was followed by songs in Ready, Bodyguard, Dabangg 2, Jai Ho, Kick and the upcoming release Prem Ratan Dhan Payo.
"I am choreographing the whole album of Prem Ratan Dhan Payo but I won't be able to divulge any further details about the film. It's a complete family entertainer," said Muddassar, who has choreographed for other films including Mastizaade and Saat Uchakkey.
Apart from his film assignments, the choreographer is back on the judge's panel of dance reality show Dance India Dance 5 along with new entrants Punit Pathak and Gaiti Siddiqui.
Muddassar feels this season of the Zee TV show, commencing from June 27, will be more tough and competitive.
"This season will be a level higher than its previous predecessor. We are showing best of the best this time. It will be more competitive and performance-oriented. Even we have a mixed bag of judges. Punit is strict, Gaiti is towards the caring side and I have an image of funny and cool," he said.
A nationwide hunt to scout for India's most talented dancers has begun across 17 cities. Actor Mithun Chakraborty will help the contestants with his guidance and motivation as the Grandmaster on the show.