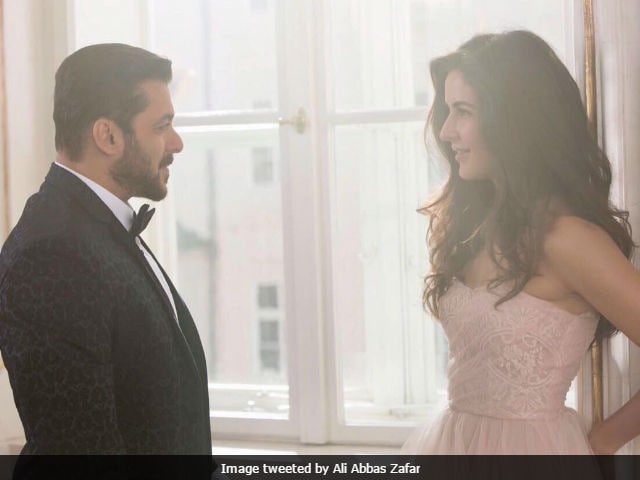 Director Ali Abbas Zafar regularly posts updates about his upcoming film Tiger Zinda Hai, which stars Salman Khan and Katrina Kaif in lead roles, on social media. On Tuesday, he shared another location of the film's shoot - a cement factory in Abu Dhabi. The filmmaker shared a picture of the factory and wrote: "Shooting @TigerZindaHai at the stunning Arkan cement factory thank you authorities for your priceless support, trust me it looks beautiful (sic)." Salman Khan and Katrina Kaif were not in the picture and we hope that Ali Abbas Zafar will share a glimpse of the two soon.
Here's what Ali Abbas Zafar posted on Twitter:


Shooting @TigerZindaHai at the stunning Arkan cement factory thank you authorities for your priceless support, trust me it looks beautiful pic.twitter.com/otNNpYoBsv

Tiger Zinda Hai is the sequel of Salman and Katrina's 2012 blockbuster Ek Tha Tiger in which Salman played the role of an Indian intelligence officer, Avinash Singh Rathore aka Tiger while Katrina featured as his Pakistani counterpart, Zoya. The film, directed by Kabir Khan, ended on an ambiguous note after Tiger and Zoya, who fall in love, run away to evade both their country's intelligence agencies trying to get them killed.
Ali Abbas Zafar last directed Salman Khan in Sultan, which was also a box office gold mine. Sultan, like Tiger Zinda Hai and its predecessor is produced by Yash Raj Films. Ali Abbas Zafar has worked with Katrina Kaif in Mere Brother Ki Dulhan, his debut film as director.
Salman Khan will be next seen in Kabir Khan's Tubelight while Katrina Kaif is awaiting the release of Jagga Jasoos, co-starring Ranbir Kapoor.