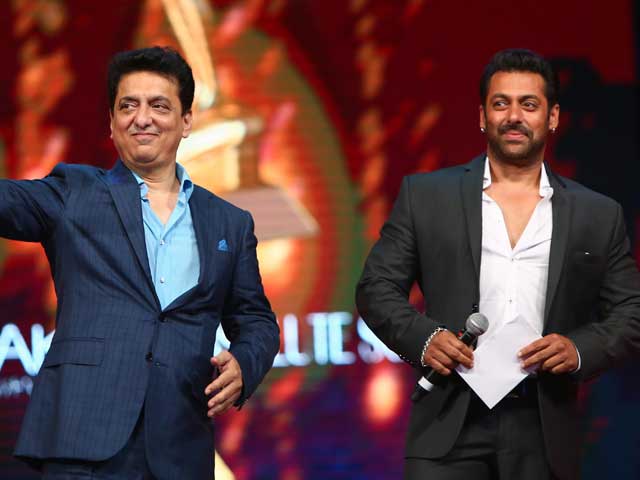 Sajid Nadiadwala and Salman Khan at the Arab Indo Bollywood Awards on May 30, 2015 in Dubai. Image courtesy: AFP

"Our families know each other and share a great relationship. On the work front, the success ratio has been 100 percent," Sajid Nadiadwala said

Producer Sajid Nadiadwala, who made his direction debut with Kick last year, says Salman Khan encouraged him to direct films and that the superstar has a quality of spotting talent.
Apart from Kick, the duo have also worked together in films like Judwaa and Har Dil Jo Pyar Karegaa, and they have a "great" relationship".
"Our families know each other and share a great relationship. On the work front, the success ratio has been 100 percent. Salman encouraged me to be a director. He has this trait to find talent in people," Mr Nadiadwala, who has been a producer for about 25 years, told reporters after picking up the Best Debut Direction award at the International Indian Film Academy (IIFA) Weekend and Awards here on Sunday.
Any celebrations?
"After I reach Mumbai, the teams of our successful films like Heropanti and Kick will celebrate together," he said.
Despite winning the award, he isn't too keen on directing another film any time soon.
"I am still not ready to direct films. There are lot of projects on my plate right now, so I won't direct any film as of now," he said.
As a producer, he has films like Housefull 3 and a Baaghi in his kitty.