Salman Khan on Mary Kom's 'Winning Attitude' to Her Work

On Twitter, Salman shared an image of himself with Mary Kom and captioned it, "Mary Kom. Boxer, MP, winner. MC Mary Kom brings a winning attitude to all her work" 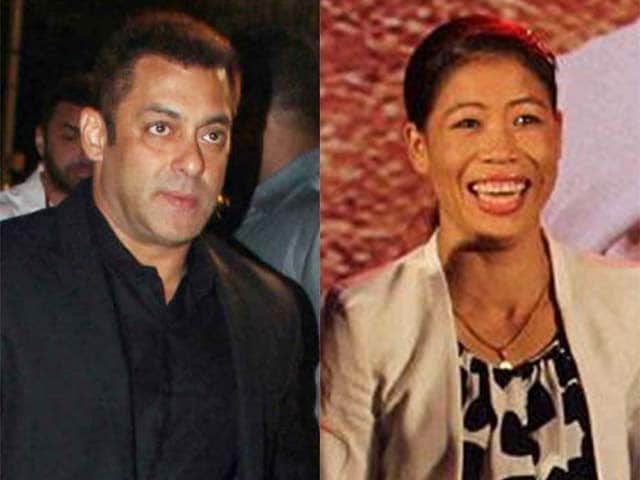 Salman was all praise for Mary Kom's sportsmanship

Actor Salman Khan has lauded five-time world boxing champion and Olympic medallist MC Mary Kom, tweeting that she brings a 'winning attitude' to all her work.

Salman's tweet comes amid the row over his appointment as the goodwill ambassador for the 2016 Rio Olympics.
On Saturday, Salman was named as the the goodwill ambassador of the Indian contingent for the Rio Olympics to be held later this year.
The move was questioned by several members of the Indian sports fraternity including 2012 London Olympics wrestling bronze medallist Yogeshwar Dutt who made his displeasure public with a series of tweets barely an hour after the decision was announced.