Salman Khan on Paparazzi Boycott: No Provision to Ban Anyone 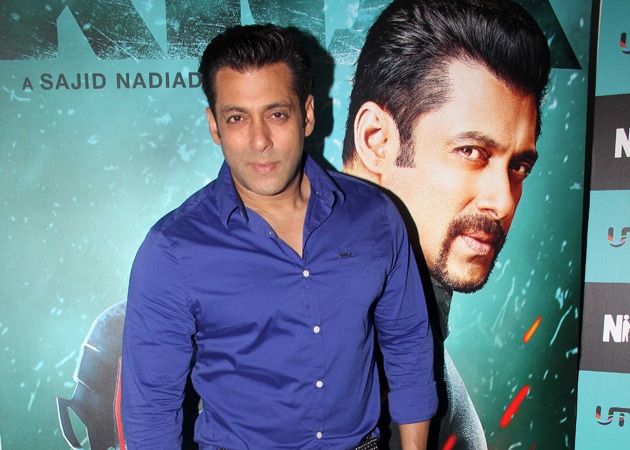 Bollywood superstar Salman Khan, who recently faced a paparazzi boycott, says photographers can refuse to click his pictures but they cannot "ban" him as there's no such provision in the law. He has also questioned if it will even affect his stardom.

Bollywood superstar Salman Khan, who recently faced a paparazzi boycott, says photographers can refuse to click his pictures but they cannot "ban" him as there's no such provision in the law. He has also questioned if it will even affect his stardom. (Also Read: Both Sides Stand to Lose: Salman on Paparazzi Ban)
"You (photographers) can say 'I don't want to click Salman's pictures', but can't say ban me as there is no provision in the law to ban anyone," the 47-year-old star said in a group interaction here.
"Out of choice if I pass by (somewhere), then I want to see the whole fraternity (press photographers) to stand together. No one should take pics of mine. My cycling pictures or my pictures with my girlfriends, you will not get any pictures, So do you think this will affect my stardom," he questioned.
The matter snowballed into a controversy when at a recent promotional event for Salman's forthcoming film Kick in Mumbai, camerapersons present there were mishandled by the superstar's bodyguards and security personnel.
Following this, Salman told reporters that whoever wanted to stay could stay and others could leave. This comment left the photographers miffed.
Salman is nonchalant about the matter.
"They have all the right to take a stand and to not take my pictures and I am so happy, but it is also a sad story as every coin has two sides. They had banned me a long time ago. I was very happy. I was so peaceful. Every 10 years, there are 10 or 12 (such) people who come, it does not work like that," he added.
Defending his bodyguards, the Bodyguard star said, "The problem is not us (stars). We come and stand there, you (media) have got equipment. When you can shoot from 50 ft, you have got long lenses, you don't need to come close.
"They come between the bodyguards and us, so the bodyguard's job is to stop these people coming to us, like they (photographers) are getting paid for the pictures, bodyguards get paid for this (protecting us)."
Now the actor is contemplating on hiring personal photographers who will click his pictures and release them for his fans.
"They (some photographers) used to tell me, 'Please let us click a picture, we get Rs 150 per picture'. So, I used to make it a point to come and stand and get clicked. Just to stand for five minutes if they are earning their bread and butter, then what's the harm? I don't mind that, but later it felt they are doing a favour on me.
"It's fine, now I can come in front of you and do the towel dance and you can't click those pictures. Now what will happen, there are photographers who will take my pictures, they will travel with me and release those pictures for my fans," he said.