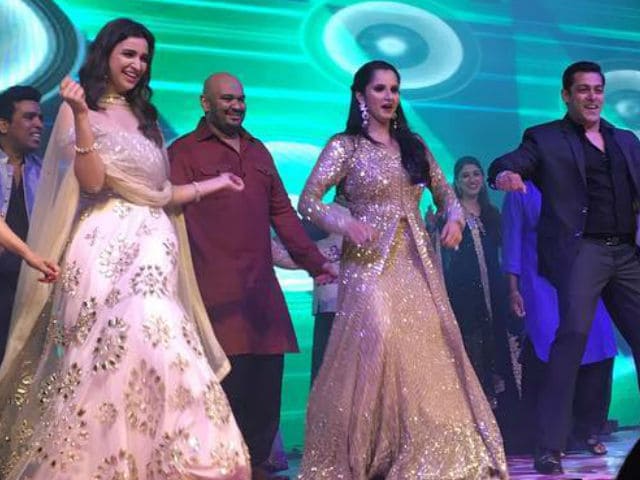 Ace tennis player Sania Mirza's sister Anam is all set to get married to Hyderabad-based businessman Akbar Rasheed on November 18. But this is just like any other big fat Indian wedding and therefore a string of ceremonies preceded the grand event. Sania, 30, invited her friends from Bollywood which included Salman Khan, Parineti Chopra, Farah Khan and more. They danced (yes, Salman too) and had a blast at Anam and Akbar's mehendi, sangeet and haldi ceremonies. Take a look at the star-studded ceremonies hosted by the Mirzas.
Salman Khan, 51, looked dapper in suit. Sania attended to him in person:

Parineeti, who is one of Sania's closest friends, wore a Nadine embellished lehenga:

South superstar Ram Charan came with wife Upasna got a selfie with a very happy looking sister of the bride, Salman and actress Huma Qureshi. Upasna said that "last night was about appreciating each other's fabulous fitness routines."


Last night was about appreciating each other's fabulous fitness routines ! from #ramcharan to #Salmankhan to @mirzasaniar & #humaqureshi .hard work really pays off. Cheers to ur Fittness goals. Pic credits - @diabhupal who is also super fit.

Now here's what you've been waiting for. Salman danced like no one's watching along with Parineeti and Sania:

Farah also got a selfie with the bride-to-be:

And here's a family picture 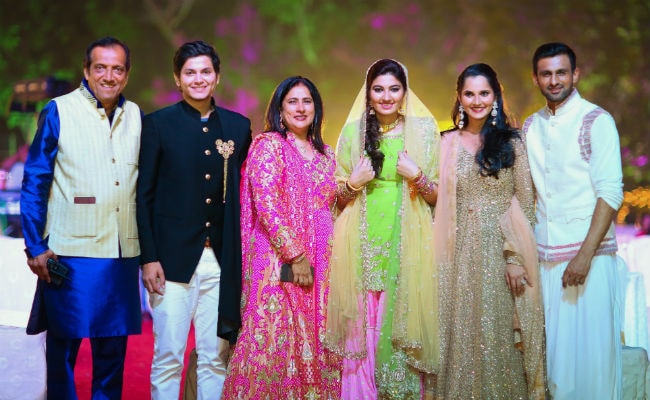 The Mirzas posed for a picture at Anam's sangeet. (Image courtesy: PTI)

Anam and Akbar got engaged in September last year.