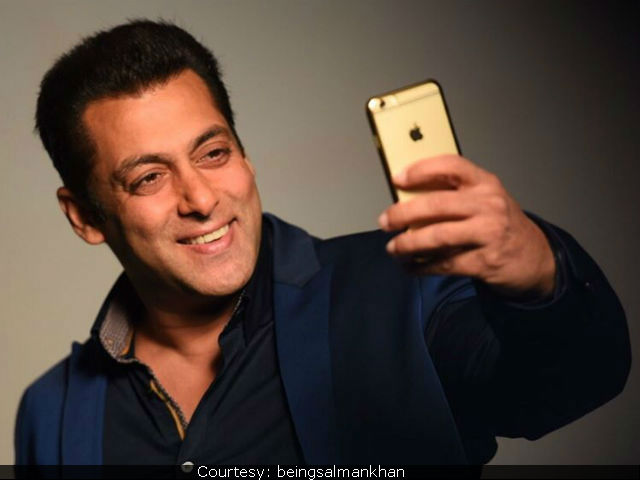 Salman Khan, one of Bollywood's most profitable and also most controversial actors, has a career that spans over two decades and is the man behind some of Indian cinema's biggest hits. is one of the top-rated stars of Bollywood. Ever since his 2008 film Wanted, Salman Khan has not delivered anything less than a blockbuster. His last three films - 2016's Sultan and 2015's Bajrangi Bhaijaan and Prem Ratan Dhan Payo, soared to incredible heights at the box office, setting targets high for his competitors. Salman, who celebrated his 51st birthday on December 27, made his debut in 1989 with a supporting role in Biwi Ho To Aisi. His breakout film, also his first blockbuster, was Sooraj Barjatya's Maine Pyar Kiya, for which he earned a nomination for the Filmfare Award for Best Actor. Born to Salim Khan and Sushila Charak, Salman is the eldest of five siblings. His father is a renowned scriptwriter and brothers Arbaaz Khan and Sohail Khan also act, direct and produce.
Salman Khan's Sultan, which released last year in July, earned more than Rs 350 crore at the box office. He will now be seen in Kabir Khan's Tubelight, his third film with the director. Kabir claimed recently that Salman Khan's work the film is five times better than in Bajrangi Bhaijaan. Salman just wrapped up the shooting of Tubelight and also finished his duties as weekend host of the reality show Bigg Boss 10. To sum up, Salman Khan, 51, is at top of his career.
Salman's personal life and his relationships have always been a favourite topic of discussion. He reportedly dated actresses Aishwarya Rai Bachchan and Katrina Kaif in the past and is currently rumoured to be in a relationship with Romanian model Iulia Vantur. At 51, however, the actor is still Bollywood's most eligible bachelor and shows no signs of changing that any time soon. Salman is a true family man and the Khan-daan is the perfect example of a 'family that eats together, prays together and stays together.'
Salman Khan also runs a NGO, Being Human, which works in the areas of health and education for poor children. He launched his own clothing brand with this name.
Salman Khan has also been acquitted in two high profile cases - he was cleared of a hit-and-run that dated from 2002 and was last month acquitted by a Jodhpur court in an Arms Act case related to the alleged poaching of two blackbucks 18 years ago. His relationship with superstar Shah Rukh Khan also improved meanwhile and the duo co-hosted an award show together. SRK also promoted his film Raees on Bigg Boss 10. He will also do a cameo in Salman's Tubelight.
Here are 50 of the best photos of Salman Khan:

At Koffee with Karan shoot #koffeecentury

@DivyaSharukh@iamsrk SRK Wd Salman Khan 2 LegendTogether Its From The Good-old-Days During one of Their overseas Concert So Lovely Rare Pic pic.twitter.com/RxrsxL31J9