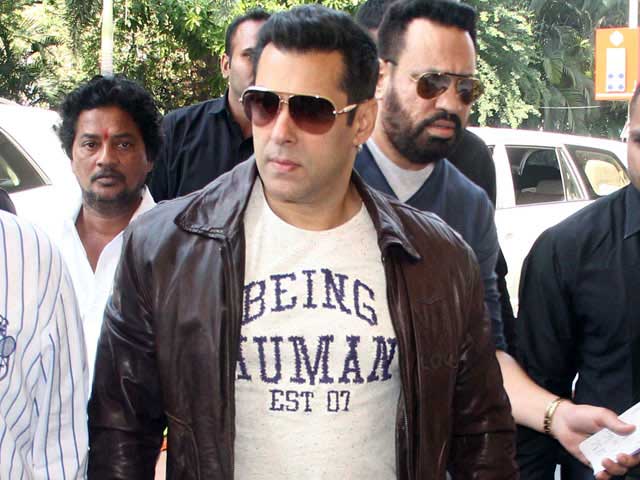 Salman will be required to appear before the court

A Jodhpur court will pronounce its final judgement in the Arms Act case, an offshoot of the Blackbuck Poaching case involving actor Salman Khan on February 25. Salman will be required to appear in court.

The final arguments in the case had been completed on February 5 and the Chief Judicial Magistrate reserved the final order for February 25.

The 49-year-old actor is accused of hunting and killing the endangered deer while shooting his film Hum Saath Saath Hain in Rajasthan in 1998.

He is currently out on bail in the case. Mr Khan's rifle and revolver were seized by the court when he was first accused of poaching and his licence was found to have expired. A case under the Arms Act was then registered by the Luni Police on the recommendation of the Forest Department accusing the actor of using arms illegally.

Mr Khan's Hum Saath Saath Hain co-stars - Saif Ali Khan, Tabu, Sonali Bendre and Neelam - are charged with inciting the actor to hunt. He has already twice spent time in the Jodhpur jail in connection to the case, in 1998 and again in 2007.

Fresh charges were framed against Mr Khan last year after the Rajasthan High Court and the Supreme Court both ruled that the Arms Act could not be applied to him and sent the case back to the lower court.

In January this year, the Supreme Court cancelled a court order that had put on hold his five year jail term in the poaching case. The Rajasthan High Court in 2013 had stayed the actor's conviction and five-year jail sentence, which would allow him to get a British visa.

Salman Khan is also facing re-trial in a 2002 hit-and-run case in Mumbai.