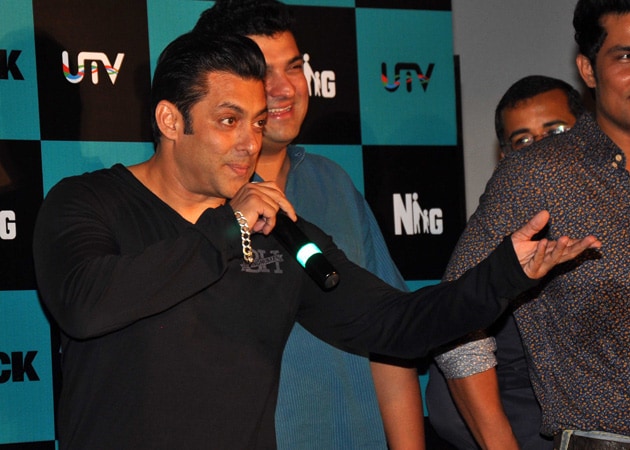 Preity had appeared with Salman in Chori Chori Chupke Chupke

Bollywood superstar Salman Khan, who is otherwise known to be happy to speak about his fellow industrywallahs, has played it safe and steered clear of commenting on Preity Zinta's complaint against ex-boyfriend and businessman Ness Wadia alleging molestation.
Salman was at Mumbai's Gaiety Galaxy theatre on July 15, launching the trailer of his upcoming film Kick when he was questioned by the press on the ongoing Preity vs Ness battle. The theatre was packed with Salman Khan fans and the entire team of Kick was on stage interacting with the media gathered.
A reporter asked Salman for his take on Preity Zinta's allegations but even before the question was completed, Salman intervened and said, "Aap galat jagah pe hai (You are in the wrong place)." He kept repeating the phrase and then branded the question incorrect, inopportune and addressed to the wrong person. Salman also said that he an answer to the question nor the right to answer it. (Also Read: Preity is the most fearless actor in Bollywood)
Matters came to a head when, as the reporter refused to take 'no comment' for an answer, Salman broke into an impromptu dance and continued until the reporter was forced to stop pestering him for an answer.
Meanwhile, Aamir Khan, who was at a press conference in Bhopal, also refused to answer questions about Preity and Ness saying that he has no knowledge of the matter.
Preity Zinta and Ness Wadia co-own the IPL team King XI Punjab. The actress has co-starred with both Khans - she appeared with Salman in Chori Chori Chupke Chupke and with Aamir in Dil Chahta Hai.
Watch the Video: