Salman Khan dismissed reports of backing out of venture with Akshay Kumar and Karan Johar. The Sultan actor asked his fans not to believe in rumours. 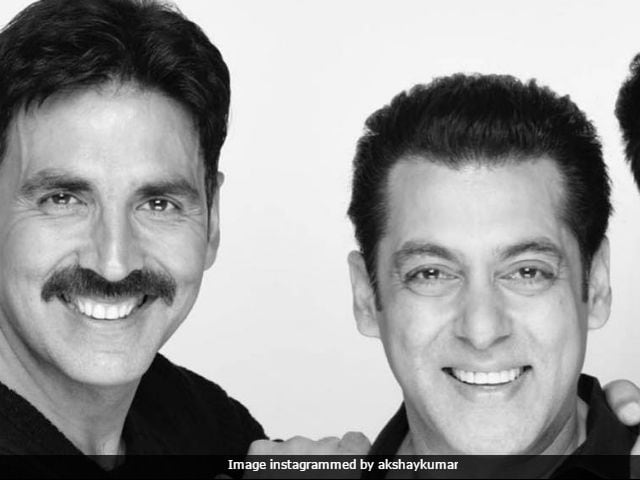 Earlier this year, Salman Khan, Akshay Kumar and filmmaker Karan Johar had announced that they would be collaborating for film together. However, there were reports of the Sultan actor backing out of the project. The 51-year-old actor on Sunday dismissed the reports and requested his fans not to believe in rumours. He assured everyone that he will definitely be working with Akshay Kumar. His tweet read: "Don't follow rumors . follow me . ek baar jo maine commitment kar di toh phir...... vry much doing film with @akshaykumar." Salman Khan's upcoming film Tubelight is scheduled for release on Eid this year.

Akshay Kumar also responded to Salman Khan's tweet, he wrote: "Strong associations are made of these. A very happy Holi to you and all at home."


Strong associations are made of these A very happy Holi to you and all at home https://t.co/UoZohCbFN6

Salman Khan and Karan Johar will be co-producing the film which is slated to release next year. The movie will be directed by Anurag Singh and will feature Akshay Kumar in the lead role. Salman Khan has earlier co-starred with Akshay Kumar in the 2003 film Mujhse Shaadi Karogi.
Salman Khan was last seen in the 2016 movie Sultan opposite Anushka Sharma. He will next be seen in Kabir Khan's Tubelight. The movie also stars Chinese actress Zhu Zhu. Tubelight has extensively been shoot in Ladakh and Manali and is Salman's third collaboration with the filmmaker after Ek Tha Tiger and Bajrangi Bhaijaan. He will also reprise his role of Tiger in Ek Tha Tiger's sequel, Tiger Zinda Hai co-starring Katrina Kaif.
Salman Khan will also begin his debut live international concert, "DA-BANG" in April 2017. Sonakshi Sinha, Bipasha Basu, Badshah, Prabhu Dheva, Maniesh Paul and Daisy Shah will be a part of the team.