Salman Khan Says No Star Is 'Bigger' Than Rajesh Khanna

"Star wise if you think we guys have the popularity then (it is not). I think there is no one bigger than Rajesh Khanna and other was Kumar Gaurav," said Salman Khan 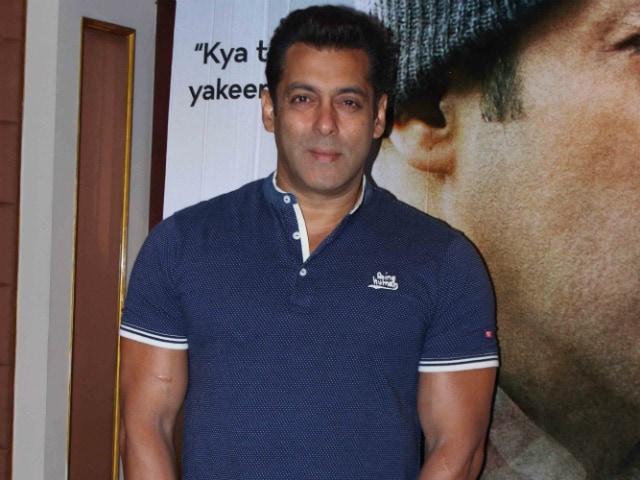 Salman Khan will next be seen in Kabir Khan's Tubelight

How much stardom does the superstar Khans of Bollywood enjoy? Salman Khan - one third of the Khan trio - makes a confession of sorts about his star status and says, the Khans do not match up to the celebrity status enjoyed by late actor Rajesh Khanna. He also made a reference to Kumar Gaurav, who gained instant popularity following his 1981 film Love Story. "Star wise if you think we guys have the popularity then (it is not). I think there is no one bigger than Rajesh Khanna and other was Kumar Gaurav. I have seen the stardom of both and it was unbelievable. So, when there is comparison about stardom I feel we don't even have 10 per cent of it," news agency PTI quoted Salman Khan as saying. Rajesh Khanna is unanimously regarded as Bollywood's first superstar.
The 51-year-old star also highlighted the achievements of legendary actors Dilip Kumar and Amitabh Bachchan. "Actor wise I don't think anyone is bigger than Dilip Kumar, after that Mr Amitabh Bachchan had a very good run and he's working even today and is everywhere," he told PTI.
Salman Khan also shared the mantra to keep performing better in Bollywood - to never get complacent with one's achievements. Every shot should be as sincere as the first one, he added. "It's (acting) just a job. If you take everything seriously it is going to go your head. I live my life moment to moment and do my best in every moment," PTI quoted Salman as saying.
Salman Khan will next be seen in Kabir Khan's Tubelight, which co-stars Sohail Khan and tracks the story of two brothers. Salman has yet again booked Eid for Tubelight. Salman also has Ali Abbas Zafar's Tiger Zinda Hai in the pipeline.
(With PTI inputs)