Salman Khan, Shah Rukh Accepts Your Challenge But Has One Tempting Condition

It was as if Salman Khan was alluding to a scene from Dear Zindagi, in which Shah Rukh Khan asks Alia Bhatt if she has worked with Salman, and if Salman's much-talked about six-pack abs are worth the hype 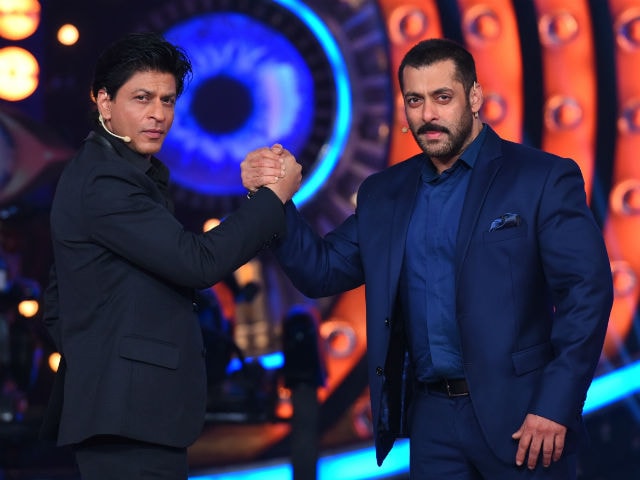 Shah Rukh Khan and Alia Bhatt's Dear Zindagi is a superhit with the Bollywood fraternity including Salman Khan. Salman, who rooted for Dear Zindagi, shared a tweet on World Anti-Obesity Day and wrote: "Be wise to be healthy and wealthy." Soon there was a response in typically Shah Rukh style, and we love it. Salman perhaps made an oblique reference to Shah Rukh's character in the film. Shah Rukh features as Dr Jehangir Khan, a councellor who helps Alia's character Kaira navigate through life and waive problems. Salman and Shah Rukh are co-stars of Karan Arjun, Kuch Kuch Hota Hai and Hum Tumhare Hai Sanam.
It was as if Salman was alluding to a scene from Dear Zindagi, in which Jehangir or Jug asks Kaira, an aspiring cinematographer, if she has worked with Salman, and if Salman's much-talked about six-pack abs are worth the hype.
This is how Salman started:


Enjoy #DearZindagi@aliaa08@iamsrk on anti obesity day. #Indiafightsobesity@DrMuffi I am in! Are you? B wise 2 B healthy and wealthy pic.twitter.com/n1QXEvuVTT

That's when Shah Rukh self-invited himself:


@BeingSalmanKhan will come over & do a workout before the biryani! https://t.co/xCJBJHj5pJ

Shah Rukh also thanked fans and cine-goers for their response to Dear Zindagi, which is co-produced by SRK's Red Chillies Entertainment and Karan Johar's Dharma Productions.

Director Gauri Shinde cast Alia, 23, and Shah Rukh, 51, together for the first time in Dear Zindagi. This is when Gauri and Alia made SRK proud.


Thank u all for the love this small lil film is getting. I feel so proud that I could be a part of @gauris & @aliaa08 journey.#DearZindagi

Team Celebrities, who could not stop raving about Dear Zindagi also includes Sridevi, who was the star of Gauri's debut film English Vinglish.


Dear @aliaa08 you are magic on screen. #DearZindagi

Every girl will want get to therapy just in the hope that she may discover your Jehangir @iamsrk. Love you! #DearZindagi

#DearZindagi is made even more special because of @aliaa08 one the finest actors iv seen.The last time I admired someone so much was Tabu :)

&I'm gently reminded again why I've been such a big fan of #shahrukh.You're what a lovely zindagi might just look like.@iamsrk love u a lot.

Earlier, team Prem Ratan Dhan Payo lead by Salman and Team Dilwale headlined by Shah Rukh, hit the dance floor for each other:

Team Dilwale grooves to PRDP only for Prem with prem. pic.twitter.com/kZttF7OE5T In the years before they ended their feud, the Khans, were photographed hugging at Baba Siddique's parties. The two of the biggest Bollywood stars conducted a bitter six-year cold war after falling out at actress Katrina Kaif's birthday party in 2008. They were both photographed hugging at Baba Siddique's parties previously. They repaired their broken friendship in 2014 at Salman's sister Arpita's wedding.
Salman Khan, who turns 51 soon, is currently busy with Tubelight, his next film with Kabir Khan. Salman is also expected to reprise his role in Tiger Zinda Hai, sequel to Ek Tha Tiger. Shah Rukh Khan, 51, has Raees set for release on January 26 while his upcoming films also include a film with Imtiaz Ali, tentatively titled The Ring.
Dear Zindagi released on November 25.