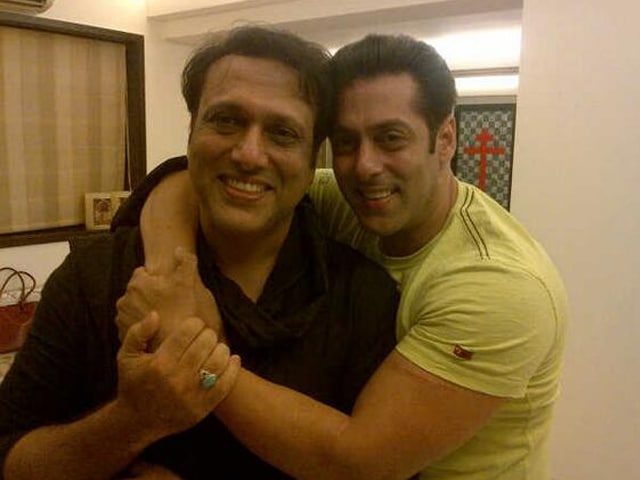 Salman Khan and Govinda featured together in Partner

Bollywood star Salman Khan, who recently celebrated his 51st birthday has all praises for his friend and actor Govinda's latest film Aagaya Hero. The film is Govinda's first film in three years. Salman and Govinda together starred in the 2007s Partner directed by David Dhawan. Salman wrote: "Aa gaya mera Hero. Mera Partner. Superb Trailer." The first look of Aagaya Hero was also released last week on Govinda's birthday. The 53-year-old actor will feature as a cop in the Deepankar Senapati-directed film scheduled to release on February 24, 2017. Govinda last did a cameo in Kill Dill and Happy Ending in 2014. Aagaya Hero is produced and written by Govinda.
See what Salman said about Govinda's Aagaya Hero:

Govinda instantly responded to Salman's tweet and thanked him.
Watch the trailer of Aagaya Hero:

Govinda also shared a throwback picture with Salman, when the latter had begun his Bollywood career. In his tweet he wrote: "#TBT To an era when @BeingSalmanKhan had begun his career! Some friendships and some people are meant to always stay...#Partner.


#TBT To an era when @BeingSalmanKhan had begun his career! Some friendships and some people are meant to always stay...#Partnerpic.twitter.com/AJSqsq0TdQ

Govinda's 53rd birthday party was attended by Sunny Leone and her husband Daniel Weber. The actor also danced to his hit song Ankhiyon Se Goli Maare.
The actor, who debuted with Ilzaam in 1986 is around 30-years-old in the industry and has done more than 150 films so far. Govinda, will also feature in Ranbir Kapoor and Katrina Kaif's Jagga Jasoos, which releases on April 7.