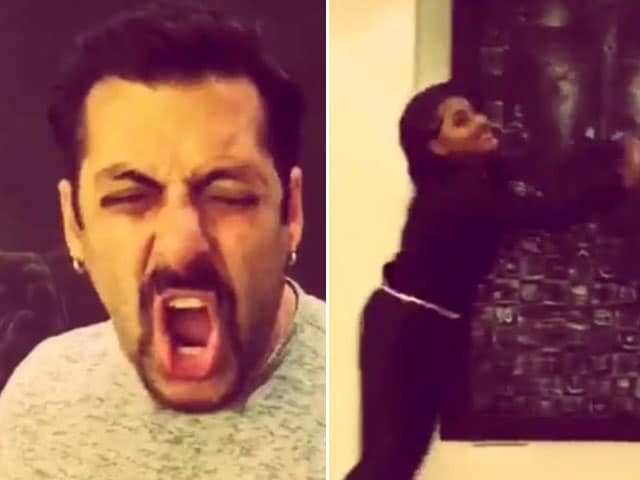 Salman Khan and Sonakshi Sinha have taken their dubsmash craze to a whole new level by re-creating a famous scene from Karan Arjun, the 1995 Bollywood tale of revenge and reincarnation that starred Salman and Shah Rukh Khan as brothers who are murdered and reborn.
In a video, posted by Sonakshi on Twitter, Salman lip-syncs his famous 'Bhaag Arjun Bhaag' dialogue from film, while Sonakshi, who pretends to be Arjun, runs. The original scene featured a blood-spattered Arjun (SRK) running from the clutches of sword-wielding horsemen, with encouragement from Karan.

Now running... Get it, get it? @BeingSalmanKhanpic.twitter.com/Bl2GvoUaxH

Salman and Sonakshi had earlier dubsmashed a famous dialogue by Sonakshi's actor-father Shatrughan Sinha and actress Mala Sinha from the film Mere Apne.

She also dubsmashed her Lingaa co-star Rajinikanth's lines after some encouragement by her Akira director AR Murugadoss on the sets of the film.

Other Bollywood celebs who have been bitten by the dubsmash bug are Ranveer Singh, Priyanka Chopra, Alia Bhatt and Jacqueline Fernandez.