Salman Khan: Sonam is as Beautiful and Talented as Madhuri, Aishwarya 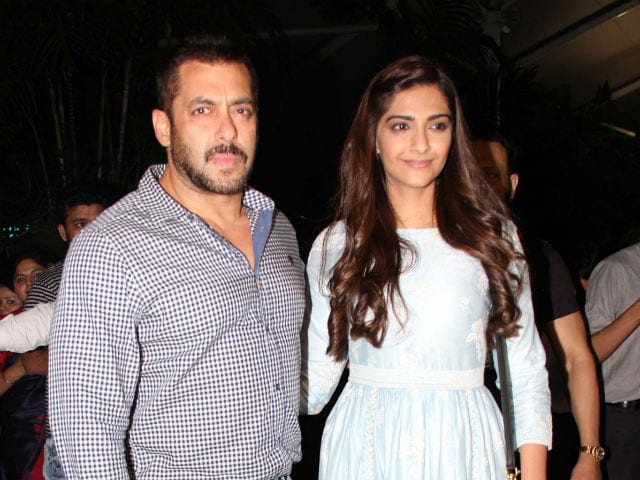 Actor Salman Khan said that his Prem Ratan Dhan Payo co-star Sonam Kapoor is as beautiful and talented as Madhuri Dixit and Aishwarya Rai Bachchan.
"I don't think I should be compared to them (Madhuri and Aishwarya). They are amazing in whatever they do. I don't think I am anywhere close to being as beautiful as Aishwarya or as talented as Madhuri. But having said that, I am Anil Kapoor's daughter. I have seen comparisons since I started my career. So the pressure does not bog me down. It just makes me work harder," said Sonam.
"I think she is as beautiful and equally talented. Perhaps more," said Salman.
Prem Ratan Dhan Payo reunites Salman with Sooraj Barjatya, the director responsible for his Prem persona in films such as Maine Pyar Kiya, Hum Aapke Hain Koun..! and Hum Saath Saath Hain.(Also Read: Salman, Sonam and 'Sea of Crowd' for Prem Ratan Dhan Payo)
The film will release on November 12.