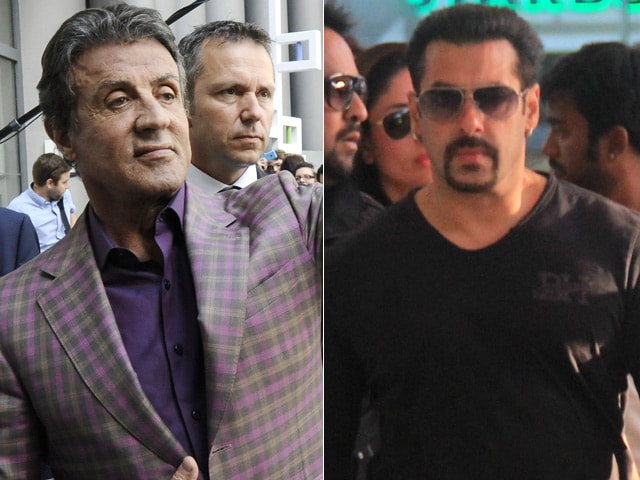 Bollywood superstar Salman Khan said that Hollywood action star Sylvester Stallone has always inspired him. The 49-year-old actor, who recently wrapped up the shooting for Bajrangi Bhaijaan in Kashmir, is following the Rocky star on microblogging site Twitter and said:

The Kick star, who is famous in Bollywood for starting the trend of body building, also asked his 12 million fans on Twitter to follow the legendary actor.

The 68-year-old action star did a cameo role in Akshay Kumar and Kareena Kapoor Khan's film Kambakkht Ishq, where he also had a dialogue in Hindi.