Salman Khan to Mahesh Bhatt: No need for an apology 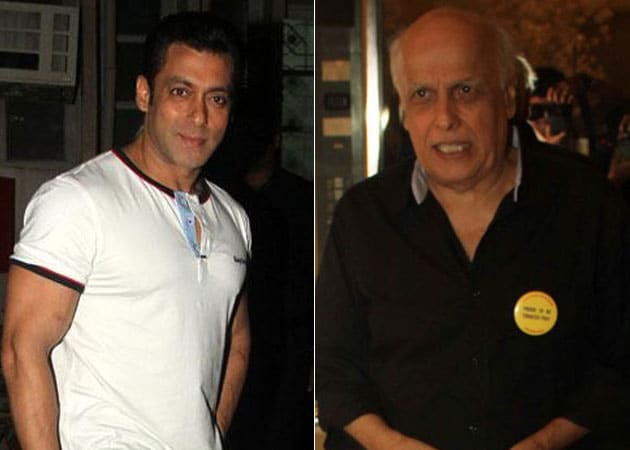 Superstar Salman Khan, who was also amongst the performers at Saifai, says the filmmaker needn't be apologetic about his daughter's "upbringing".

Alia Bhatt has been under fire for performing at the Saifai Mahotsav, following which her father Mahesh Bhatt issued an apology. However, superstar Salman Khan, who was also amongst the performers, says the filmmaker needn't be apologetic about his daughter's "upbringing".
"Bhatt saab, no need for apology, Alia's upbringing is great. I was proud to share the stage with her. She earns her living with hardwork and dignity," Salman posted on microblogging site Twitter on Saturday.
Mahesh Bhatt had apologised for letting Alia perform at the Saifai Mahotsav organised by Samajwadi Party chief and former Uttar Pradesh chief minister Mulayam Singh Yadav.
Alia's sister, actress Pooja Bhatt also took to her father's defense and said that he had "not failed as a father".
"Mahesh Bhatt, you have not failed as a father. Alia needs representation that has a far more sensitised and astute world view. End of story," Pooja tweeted on Saturday.
Several Bollywood stars were flown in in a chartered jet and Uttar Pradesh Chief Minister Akhilesh Yadav too has been criticised for spending money on the actors while this could have been used for the relief and rehabilitation of the Muzaffarnagar riot victims.
The other celebrities who performed in the festival included Madhuri Dixit, Ranveer Singh, Mallika Sherawat, Varun Dhawan, Sidharth Malhotra, Remo, Sajid Wajid and Hard Kaur.