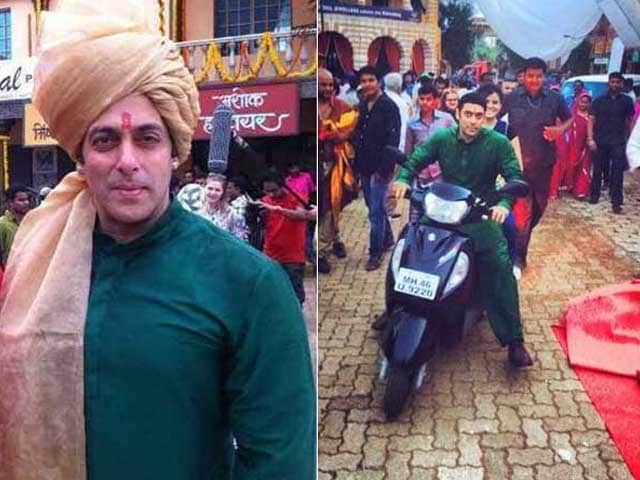 Actor Salman Khan's producers just got some court-approved breathing space. There was no verdict on February 25 in the 16-year-old Arms Act case in which Mr Khan is accused of owning and using illegal arms to hunt endangered deer in 1998. The next hearing has been scheduled for March 3 and the verdict is pending. February 25 was to be judgment day not only for the actor but also for the films he is currently making. As one of Bollywood's biggest draws, he is involved in projects extending upto 2017 and at least Rs 200 crores, possibly more, are riding on him.

Trade analyst Komal Nahta told news agency PTI that Rs 200 crores are riding on the actor. "If you take Rs 75 crore each for these two films, it comes to a total of Rs 150 crore. And then if you add another Rs 50 crore for the projects that he has signed, it comes to Rs 200 crore. There is some amount of tension but the actor has the option to further appeal his case," Mr Nahta said.

It's safe to expect both Bajrangi Bhaijaan and Prem Ratan Dhan Payo to make at least Rs 100 crores each, not only because the actor-director calculus has previously paid rich dividends but also because every Salman Khan film since 2010's Dabangg has earned more than Rs 100 crores. Last year, he starred in his top grossing film Kick, which raked in Rs 231.85 nett. His other film Jai Ho also scraped past the Rs 100 crore mark. 2012's Ek Tha Tiger and Dabangg 2 made almost Rs 200 crores and Rs 157 crores nett respectively. In 2011, Mr Khan delivered Rs 200 crores nett with Bodyguard, co-starring Bajrangi Bhaijaan's Kareena, and Rs 113 crores nett with Ready.

Except for 2013 when he had no releases, Salman Khan has delivered at least two blockbusters every year since 2011 and has been responsible for a minimum of Rs 200 crores of box office business each year. A Bollywood insider says, "Salman Khan remains a big draw for the industry because of the return on investment that his films promise."

Apart from Bajrangi Bhaijaan and Prem Ratan Dhan Payo which are already filming, Mr Khan is also reported to be making sequels to three films. Part two of 2005 hit No Entry, called No Entry Mein Entry, is believed to be in the works. A sequel to his most profitable film Kick and a third instalment of Dabangg are also reportedly being planned. Salman Khan is also believed to be playing the lead in the delayed Karan Johar production Shuddhi.

This makes Salman Khan one of Bollywood's busiest actors, and the reason why the industry was holding its breath for the verdict that was scheduled for February 25. Mr Khan, accused of hunting endangered blackbuck and chinkara deer in 1998 while shooting Hum Saath Saath Hain in Rajasthan, is also accused of using a gun with an expired licence.