"Salman Khan is my favourite actor. It is always exciting and a new experience for me whenever I choreograph for him," said Remo D'Souza 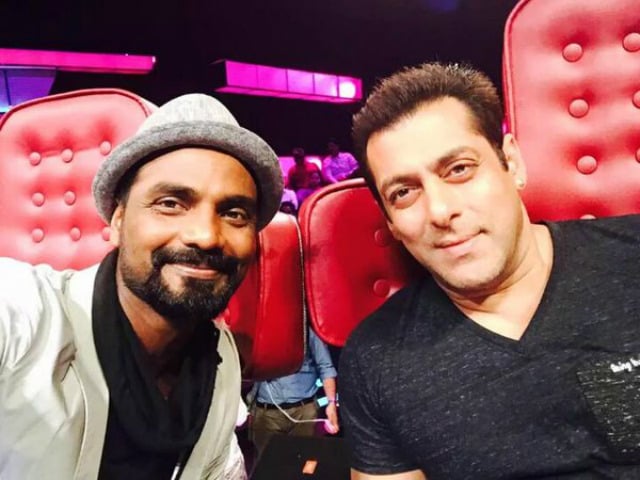 Salman Khan's dabangg dance moves are usually always viral and make us get to the dance floor in no time. Choreographer and filmmaker Remo D'Souza, is all set to direct the 51-year-old actor in his upcoming dance drama, reported news agency IANS. "When you get to direct a person who is very close to you, nothing is better than that," said Remo. Salman Khan has worked with the choreographer for songs like Selfie Le Le Re and Aaj Party Song from 2015's Bajrangi Bhaijaan. Remo D'Souza has previously helmed dance dramas in the Any Body Can Dance series of films.
Talking about his upcoming project with Salman, Remo confessed to being a huge Salman fan and said he is looking forward to it, reported IANS. "Salman Khan is my favourite actor. It is always exciting and a new experience for me whenever I choreograph for him. I see myself as a big fan of Salman. He is very dear to me. And when you get to direct a person who is very close to you, nothing is better than that. I am very excited and hope the film starts soon," Remo told IANS.
Remo also said that working with Salman will be a great experience for him: "Salman has worked in almost every genre. So I want to make a dance-based film with him. Hopefully, I will direct him for a dance drama. We have a great bonding which I realised during choreographing him. I feel there will be no difficulty in directing him," Remo told IANS.
Remo D'Souza's last project as a director is Tiger Shroff's A Flying Jatt, which proved to be a box office dud. Remo made his debut as director with 2011's F.A.L.T.U and has a movie with Ajay Devgn in the pipeline. Remo has choreographed for films like Yeh Jawaani Hai Deewani , Tevar, Bajirao Mastani and Dilwale.
Meanwhile, Kabir khan's next film Tubelight is keeping Salman Khan very busy. He will reportedly feature as a soldier in the film set during the Sino-Indian war of 1962. Salman was last seen in Sultan and also has the sequel of Ek Tha Tiger lined up.
Salman Khan currently hosts controversial reality show Bigg Boss 10 in the weekend-special episodes.
(With IANS inputs)