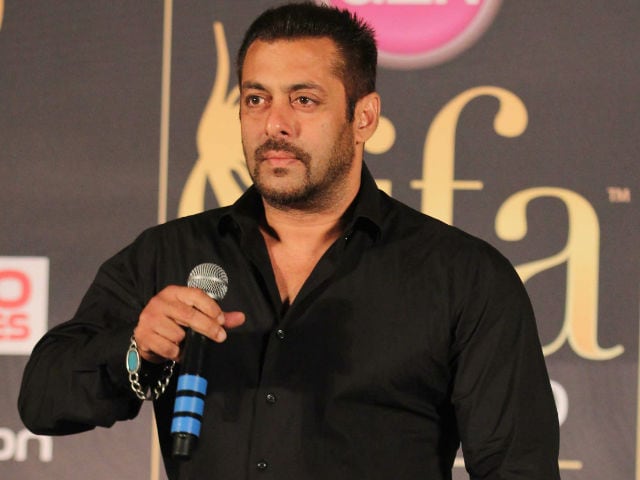 Salman Khan photographed at an event in Mumbai.

Superstar Salman Khan said that he will tell his fans through Facebook or Twitter about his plans to get married.
His remarks came soon after his brother Sohail Khan reportedly got agitated and abused a journalist late Thursday night when he and their father Salim Khan came out of a restaurant, and amidst a crowd, were asked questions about Salman's marriage.
At an event for IIFA, Salman said: "He (Sohail) didn't misbehave. At 12 in the night, you are asking my father when am I getting married. You're putting mikes and cameras to his face. He is 80-year-old. What is that?"
Sohail had revealed that he got angry as the media had got aggressive and Mr Khan, who lost balance as lights, microphones and questions were fired at him.
When asked when is he getting married, Salman said, "Why should I tell you? I'll tell my fans through Facebook and Twitter."
"That's my thing. When I want to get married, I will get married. I don't need to tell you when I am getting married. When I am getting married, I will tweet about it. That is something I will keep it to me and my fans," he added.
Ever since Salman stepped out with his rumoured girlfriend Iulia Vantur, a Romanian news presenter, at actress Preity Zinta's wedding reception, rumours were rife that the couple is going to get married soon. Before that Iulia was spotted with Salman's mother Salma at the airport, which also indicated that things between them may get formalised soon.
When his brother Arbaaz was asked about it on Thursday, he neither confirmed nor denied the reports.