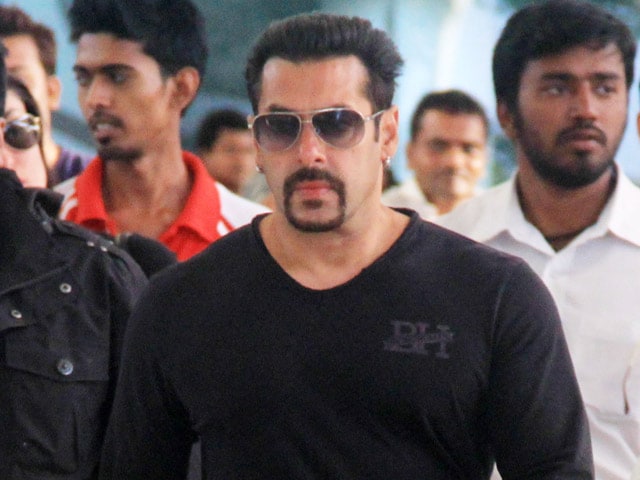 Bollywood superstar Salman arrived in Mumbai on May 19, after shooting for director Kabir Khan's Bajrangi Bhaijaan in the Valley for over a month. Actress Kareena Kapoor Khan, who had joined the crew a few days back, also returned with Salman.
The actor, 49, also tweeted his impressions about the beauty of Kashmir and hoped more Bollywood producers will visit the Valley for their films. (Also Read - Kashmir Connection: Salman Khan Tells Twitter He's Reminded of Katrina Kaif)
"Salman left Kashmir today (May 19) after completing his shooting for Bajrangi Bhaijaan," line producer of the film, Khawar Jamsheed told PTI.
About 30 per cent of the movie was shot in the Valley at various picturesque locations including the famous resorts of Pahalgam and Sonamarg. A qawali song of the movie, also starring Kareena Kapoor, was shot at a famous shrine in Ashmuqam area of south Kashmir's Anantnag district. (Also Read: Salman Khan's Shoot in Kashmir Has Locals and Tourists Complaining)
"He was so relaxed, happy and enjoyed his stay. He was in no mood to leave," Jamsheed said, adding the actor met and thanked everyone of his crew including his whole security team before leaving.
"He went up to everyone - his unit members, security personnel and drivers and thanked them all. He is in love with the Valley and it is 100 per cent in his heart that he wants to be here again very soon," he said.
Earlier, Salman kept his 11.9 million fans on Twitter updated with little glimpses into his schedule in the city.