Salman, 50, was filming in the beautiful locations of Himachal Pradesh for past two months. "It's a wrap for beingsalmankhan Manali schedule Tubelight. We have 3 more days to go," Kabir posted on Instagram Instagrammed along with a black and white picture of Salman sitting on wooden stairs 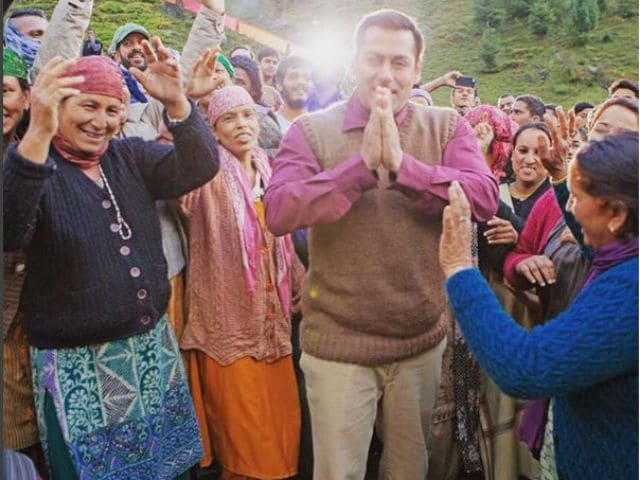 Actor Salman Khan has wrapped the Manali schedule of his upcoming film Tubelight directed by Kabir Khan.
Salman, 50 was filming in the beautiful locations of Himachal Pradesh for past two months. Kabir Instagrammed this black and white image and said:

The actor previously shot for the film in the picturesque locations of Ladakh. The movie marks third collaboration of the actor-director duo, who have previously worked on blockbuster Bajrangi Bhaijaan and Ek Tha Tiger. A couple of days ago, Kabir tweeted a tongue in cheek reply to rumours of friction between Salman and him.


Next time the press does a story of @beingsalmankhan & me not talking... this is the photo they should use HaHa... #Tubelight#Eid2017pic.twitter.com/JbZXle1Luj

Tubelight also stars Chinese actress Zhu Zhu. The movie will hit the theaters on Eid next year.
(This story has not been edited by NDTV staff and is auto-generated from a syndicated feed.)