Salman Khan's Birthday: Salman Khan partied on the eve of his birthday at his Panvel farmhouse with selected guests from Bollywood 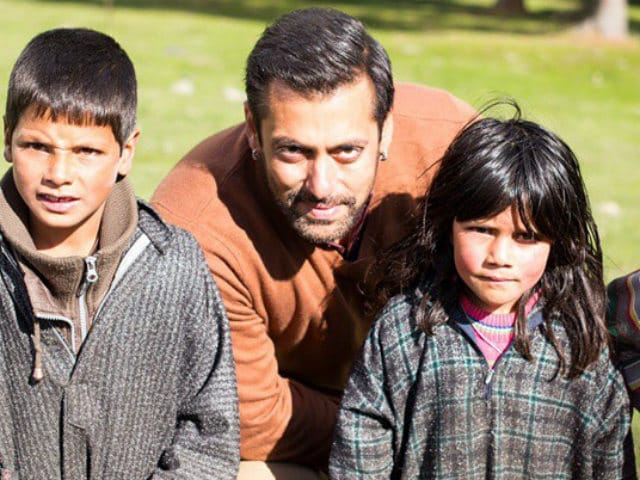 Between 2015 and this year, Salman Khan's humongous leap from Bajrangi Bhaijaan and Prem Ratan Dhan Payo to Sultan was a successful one. Sultan is his biggest film yet and the actor rounded off the year with an intimate yet grand (of course) party on the eve of his birthday at his Panvel farmhouse. Salman turned 51 on December 27 and shared a picture from inside the celebrations with his nephew Ahil, who helped cut the cake. The birthday boy indeed looks happy, yes, but all of Ahil's attention is focussed on the cake. Adorable. On Salman Khan's 51st birthday, we bring you more aww-inspiring and feel-good posts from his Instagram. Sit back. Relax. And enjoy.

Salman Khan's Top 10 Instagram Posts:
On Mother's Day this year, Salman Khan wished both his mother Salma and step-mother Helen with a family picture. Salman is the son of writer Salim Khan and Salma. Helen is Salim Khan's second wife.

Father's Day saw this picture starring a shirtless Khan-daan - Khan family headliner Salim Khan and his sons Salman and Sohail. "My dad strongest," is what Salman had to say. Full marks to Salim Khan for participating.

A picture of Salman Khan with Arpita Khan Sharma's son Ahil sent the Internet into a meltdown last year. Here's a glimpse of the first kiss which Ahil received from mamu Salman. Ahil was born on March 30, 2015.

Salman Khan redefined the Dubsmash craze with his Dabangg co-star Sonakshi Sinha when they made a video featuring a famous dialogue which was originally spoken by Sonakshi's actor-father Shatrughan Sinha in Mere Apne.

Salman Khan, caught impromptu on the sets of Bajrangi Bhaijaan. Here's a glimpse of Salman-ishtyle dance.

Salman Khan spent the Diwali weekend this year with a fam-jam in Goa. Salman can be easily spotted amidst all the Khans, courtesy his red beach shorts:


Thank you Amit Bhosle for the Trial of W Hotel, Goa. The whole family had a great holiday, Beautiful Property, God bless and wish you all the best

On Children's Day, Salman posed with nephews Arhaan and Nirvaan.


Enjoy #DearZindagi #aliaa #srk on anti obesity day. #Indiafightsobesity #DrMuffi I am in! Are you? B wise 2 B healthy and wealthy

The kind of love we all desire. Salman Khan with his furry friend:

Last seen in Sultan, Salman Khan is busy with Kabir Khan's Tubelight which co-stars Chinese actress Zhu Zhu and is based on the Indo-Sino war of 1962. He also has Ali Abbas Zafar's Tiger Zinda Hai, featuring Katrina Kaif, lined up.