Salman Khan's Birthday Gift From Iulia Vantur, As Revealed By Her 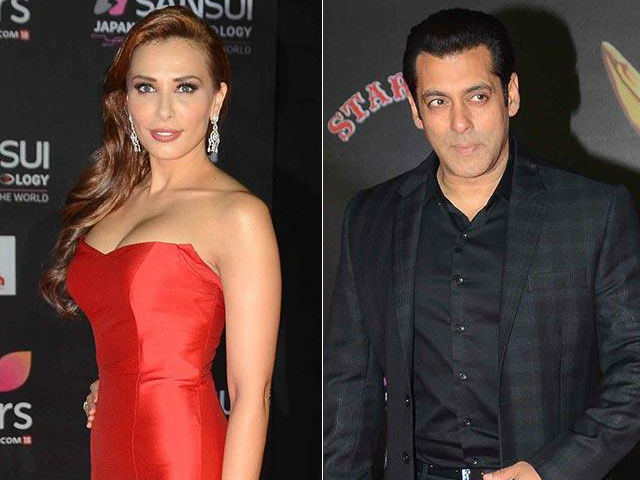 Salman Khan is days away from celebrating his 51st birthday and his rumoured girlfriend Iulia Vantur told reporters on Monday what she's planning to give him as a present. "I will give him all my respect and love," said a blushing Iulia, reports news agency PTI. What else do you give the man who has everything? Iulia Vantur was speaking on the red carpet of the Stardust Awards in Mumbai. Salman's birthday is on December 27 and when asked about reports that a party is being planned at the Khan property in Panvel, Iulia said cagily, "Let's see." She added: "We will most probably celebrate it."
Iulia, often seen but rarely heard, was relatively forthcoming in her red carpet interaction with the press. She sang a snatch of the song Teri Meri Prem Kahani from Salman's film Bodyguard. She also co-presented the award for Best Director (won by Karan Johar) with actor Shah Rukh Khan, describing the experience as "amazing and great."
The Romanian actress-model, stunning in strapless scarlet, wasn't pictured with Salman at the awards.
Shah Rukh Khan, Salman's co-star from films like Karan Arjun, is reportedly invited to the Panvel party that Iulia Vantur refused to confirm. He's apparently going to be there but here's who definitely won't attend - Salman's Andaz Apna Apna co-star Aamir Khan will have to skip the party because he will be in Panchgani with wife Kiran Rao, celebrating their 11th wedding anniversary.
Salman Khan and Iulia Vantur have reportedly been dating for several years now although, in Bollywood tradition, they have never acknowledged the relationship. Months ago, Iulia was reported to have left the country in a huff over Salman's alleged refusal to commit but she was at Sohail Khan's son Birvaan's birthday party recently so it appears that all is well.
Salman Khan, meanwhile, is filming his next movie Tubelight. He was last seen in July's wrestling drama Sultan.
(With inputs from PTI)