Packed with Salman-like punchlines and a plot that allows the 50-year-old actor to legitimately take off his shirt, Sultan is Salman's sixth Eid offering. Like Amitabh-Rekha, Dharmendra-Hema and SRK-Kajol, Salman and Eid have become a jodi that spells crores for the Hindi film industry 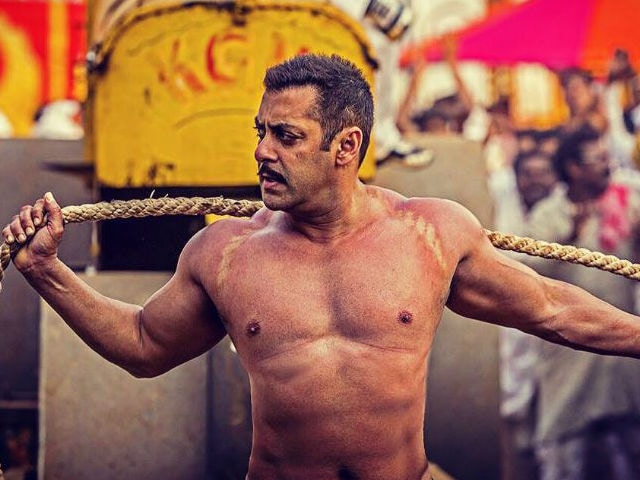 Packed with Salman-like punchlines and a plot that allows the 50-year-old actor to legitimately take off his shirt, Sultan is Salman's sixth Eid offering. Like Amitabh-Rekha, Dharmendra-Hema and SRK-Kajol, Salman and Eid have become a jodi that spells crores for the Hindi film industry.
This is a definitive history of Salman's date with destiny.
Salman made his debut in 1988 film Biwi Ho To Aisi. However, 1989's Maine Pyar Kiya was his breakthrough film, and the first in which he played a series of characters named Prem. After that, Salman's career graph rose with superhit films like Karan Arjun, Biwi No 1 and Hum Dil De Chuke Sanam, and dipped with box office duds like Bandhan and Kahin Pyaar Na Ho Jaaye.
He was a bonafide star, but he had to wait till 2009 to obtain the superstar status and the unreal level of mass adulation he enjoys today. That year, with the release of Wanted, Salman crossed the Rs 100-crore barrier. It was also his first Eid release. And ever since, Eid has been booked for Salman and every film that released on the fateful date became a blockbuster - the tyranny of the box office does not worry this Khan. Here's a look at Salman's several 'Blockbuster Eids' - none of them starring a 'Prem':
Wanted, 2009:
Lifetime collection: Rs 120 crores

Gif courtesy: Eros
Before the release of Wanted, Salman Khan delivered a string of flop films like Yuvraaj, God Tussi Great Ho, Hello and Heroes. But with Wanted, he not only changed the numbers game in Bollywood, but also his style, persona and presentation. The Prabhu Deva-directed film was a worthy risk and it paid off.
Dabangg, 2010:
Lifetime collection: Rs 138.88 crores

Next came his brother Arbaaz Khan's production Dabangg, in which Salman starred as the rough-and-tough cop Chulbul Pandey. This film made Salman's style of acting legit, despite the critics who dismissed it as non-acting. This was his second Eid release and proved even more successful than its predecessor.
Bodyguard, 2011:
Lifetime collection: Rs 148.86 crores

Next up was his brother-in-law Atul Agnihotri's film Bodyguard, opposite Kareena Kapoor. It had all the elements of Wanted and Dabangg - quirky dialogues, high-octane action sequences, catchy music (which topped the chartbuster list) and Salman's (now) patented style.
Ek Tha Tiger, 2012:
Lifetime collection: Rs 198.78 crores

With this Kabir Khan-directed film, Salman almost, almost outdid himself. The film's collection stopped just short of the threshold of Rs 200-crore. Nonetheless, by now Salman Khan had a fan club that lived only only for his one-liners and filled theatres - many of them single-screen - to watch him romance Katrina Kaif and beat up goons. It helped that the soundtrack was crowded with numbers like Mashallah and Saiyaara.
Kick, 2014:
Lifetime collection: Rs 231.85 crores

This time, Salman really did break through the Rs 200-crore roadblock. The Sajid Nadiadwala-directed film cast Salman as aam aadmi Devi Lal turned vigilante-like Devil. The audience loved him and critics praised him. They cheered Devi's drive to get a 'kick' out of mundane things and they wept when learning why he transformed to Devil.
Salman also added his usual tadka with songs like Hangover and Jumme Ki Raat.
Bajrangi Bhaijaan, 2015:
Lifetime collection: Rs 320.34 crores

Despite a remarkable lack of punchlines and shirtlessness, Salman Khan delivered yet another Eid blockbuster. As has become a Bollywood tradition of sorts, the actor's film Bajrangi Bhaijaan had a superhit tryst with Eid. The Kabir Khan-directed film also became the quickest film to cross the Rs 100-crore barrier. This was also Salman's eighth Rs 100-crore film and, in becoming so, made the superstar the only actor (in Hindi cinema) with as many Rs 100-crore films.
Bajrangi Bhaijaan whipped up a maelstrom of emotion like never before - from a six-year-old Suzi crying profusely for Salman in her mother's lap to the actor's contemporary Aamir Khan weeping into a towel in front of the media.
PS: Suzi is now Salman's Sultan co-star. She plays the younger Anushka Sharma.
In between the Eid films have been others. Most, like Ready and Dabangg 2, made the sort of money that Bollywood has come to expect of a Salman film. Even when they didn't - like the reviled Jai Ho - the 100-crore finish line was easily reached.
This time, even before the verdict on Sultan is out, Salman Khan's next Eid release has already been announced. The film will be directed by Kabir Khan again and, though as of now no female lead has been signed opposite Salman, actress Deepika Padukone is reportedly the top contender for the film, tentatively called Tube Light.
Meanwhile, with Dabangg 2, Salman ventured into Christmas territory, usually reserved for Aamir Khan. In 2015, Salman took a chance with Diwali (in the absence of a Shah Rukh Khan release) with Sooraj Barjatya's Prem Ratan Dhan Payo, co-starring Sonam Kapoor.
Bollywood is eagerly watching its bottomline, anchored by its most profitable star, from whom an apology for his rape comment is still pending. Eid Mubarak.