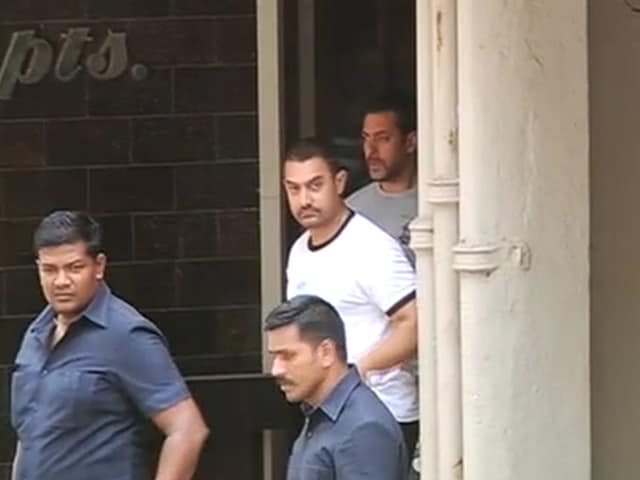 A steady stream of high profile visitors filled actor Salman Khan's Galaxy Apartment residence in Mumbai on Thursday, to offer their sympathies to the actor who was convicted of culpable homicide not amounting to murder on May 6.( Blog: Salman Khan is Guilty. Deal With it, Bollywood)
The morning's arrivals included actor Aamir Khan, who co-starred with Salman in 1994 comedy Andaz Apna Apna and is a close friend of the family.
The actors hugged as Aamir exited the building. It was pretty much the first glimpse of Salman on the day after the verdict was delivered. 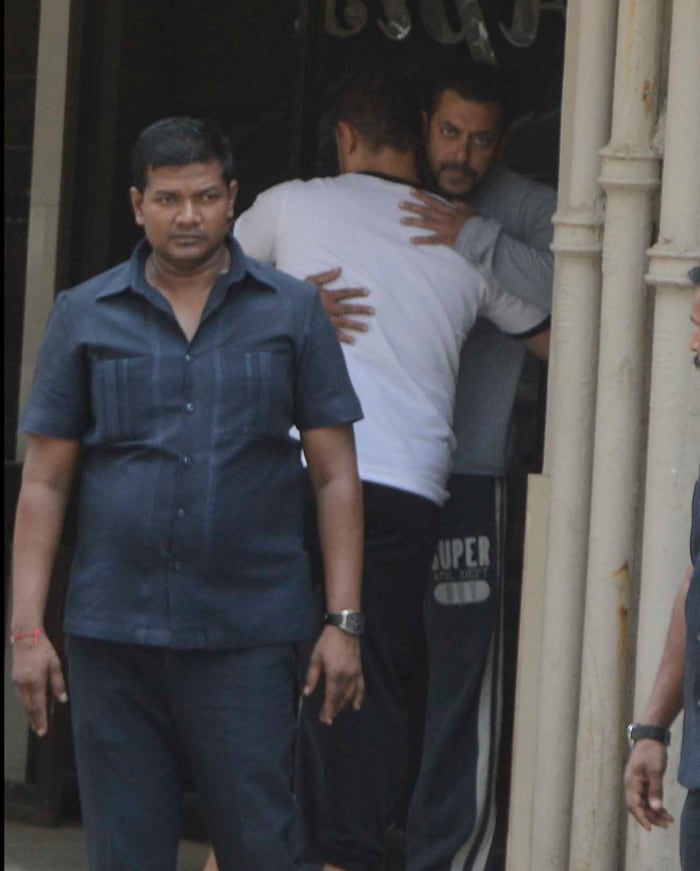 As the day went by, cameras captured an A-list crowd driving up to Galaxy Apartments. Salman's Dabangg co-star Sonakshi Sinha (who rushed to be with him soon after the verdict as well) was photographed visiting the Khans, as were Waheeda Rehman, Hrithik Roshan, Govinda and Sanjay Kapoor. 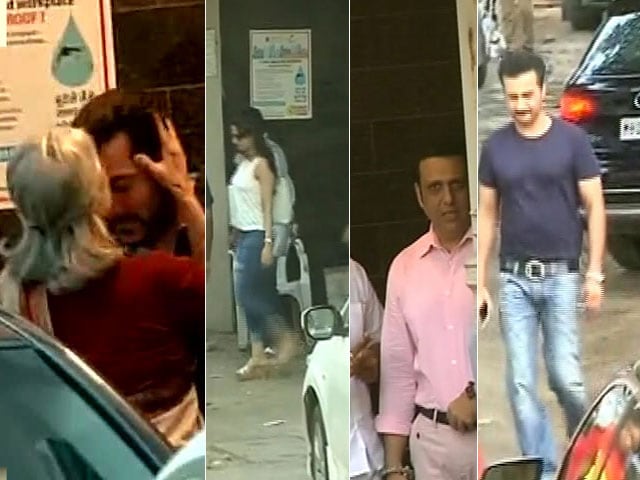 Image on the left was posted on Twitter by @ANI_news
Filmmaker Karan Johar, a recent addition to Salman's list of friends, was among the early visitors. The director, who has signed Salman for Shuddhi, tweeted after the verdict that he could, "only respond emotionally just now." He came with AdLabs Films' Aarti Shetty. 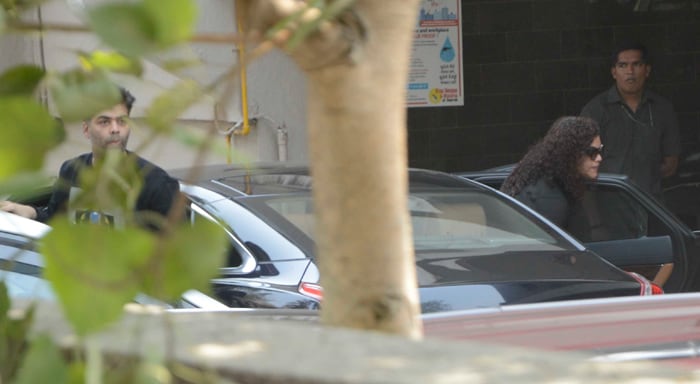 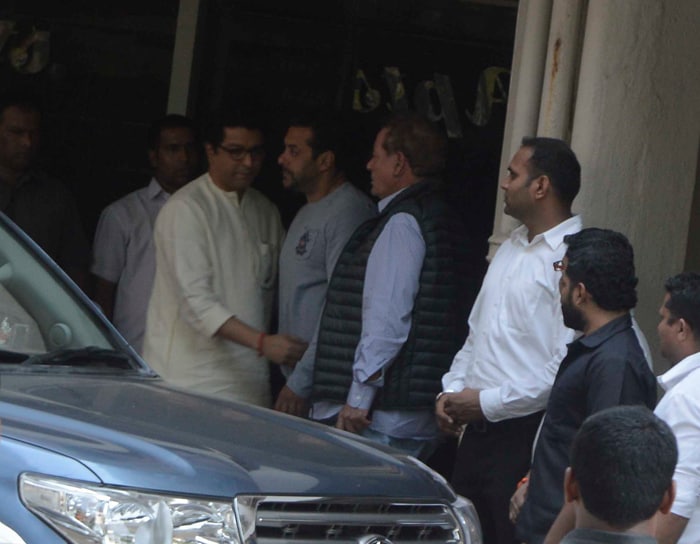 Salman Khan was pronounced guilty of drunkenly running his SUV over five pavement dwellers in 2002, killing one. A Sessions Court in Mumbai sentenced him to five years in jail. After being granted bail till Friday by the Bombay High Court, the 49-year-old actor went home to a houseful of his Bollywood colleagues. Among them were actresses Preity Zinta, Rani Mukerji and Bipasha Basu, all of who have co-starred in films with Salman. The actor's ex-girlfriend Sangeeta Bijlani was also present, as she usually is at Khan family gatherings. (Also Read: After Salman Verdict, Sonakshi, Rani and Preity Rush to Khan Residence)