Salman Khan made a spectacular entry on O O Jaane Jaana at the event. 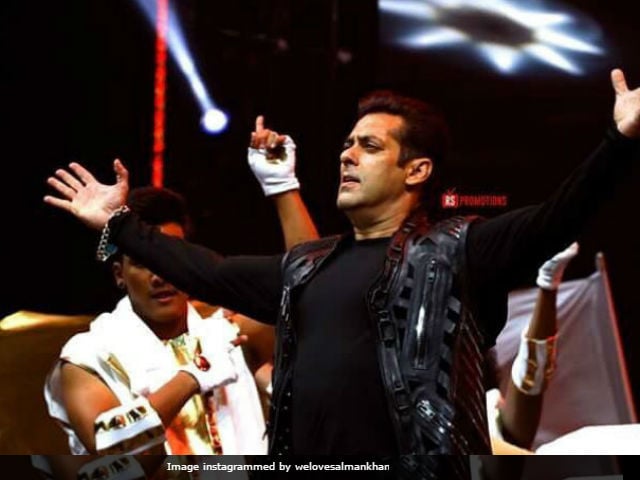 Actor Salman Khan, who is headlining an international tour, Da-Bangg, is all set to perform in Sydney, today. Pictures of him reaching Sydney have been doing the rounds on social media. And while the actor prepares for his rocking performance, Twitter has gone overboard with pictures and videos of his performance in Auckland. From welcoming the actor on stage with hoots and cheers, to a full house in Aukland - the event is being touted to be one of the biggest Bollywood tours in recent years on social media. Even the phrase 'DaBangg SALMAN in Sydney' has been trending on Twitter on Saturday, ahead of the Bajrangi Bhaijaan actor's event. The Da-Bangg tour also feature actors Bipasha Basu, Prabhu Deva, Akshay Kumar, Sonakshi Sinha and rapper Baadshah. The event is being anchored by Manish Paul. Here are some glimpses of the event that are doing the rounds on social media.

The actor made a spectacular entry with one of his most popular songs, O O Jaane Jaana and the phrase Swaagat Nahi Karoge Aap Humaara. He also danced to Do You Wanna Partner, Chori Chori and Ek Garam Chai Ki Pyaali . Take a look.