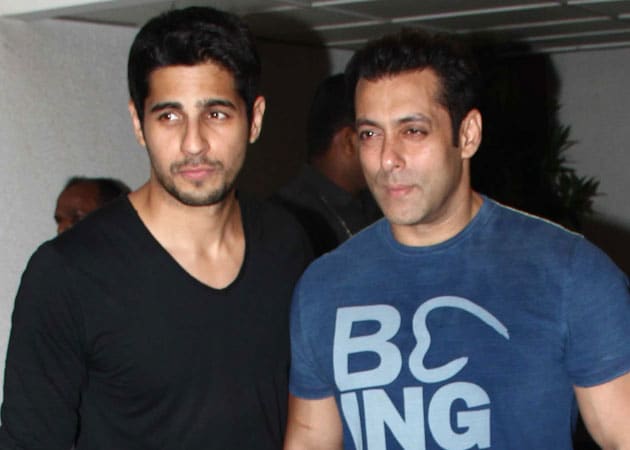 Actor Sidharth Malhotra said he was elated with superstar Salman Khan's attendance at the success bash of Ek Villain.

Actor Sidharth Malhotra said he was elated with superstar Salman Khan's attendance at the success bash of Ek Villain.
The 29-year-old actor had hosted a party last weekend at his home to celebrate Ek Villain's success, where Salman arrived with his Kick co-star Jacqueline Fernandez. (Also read: Sidharth Malhotra Spies on Ek Villain Audience )
Impressed with Sidharth's acting in the film, the Dabangg star gifted him a designer watch on the occasion as a token of appreciation.
Sidharth said that he had invited Salman, but he said he would be unable to attend the party due to shooting. "He called me up and congratulated for good opening (of Ek Villain) and my performance. I had invited him and he first said he can't come. But, he came and I think it was sweet of him," Sidharth told reporters here.
"A person of his stature doesn't need to do this and I think he has a great heart. He also got a watch, it was a sweet gesture," the actor added. (Also read: Salman Khan's Gracious Offer Wows Riteish Deshmukh )
Sidharth's co-stars in the film, Shraddha Kapoor, Riteish Deshmukh, director Mohit Suri and his wife Udita Goswami, filmmaker Karan Johar, Ekta Kapoor were also spotted at the party.