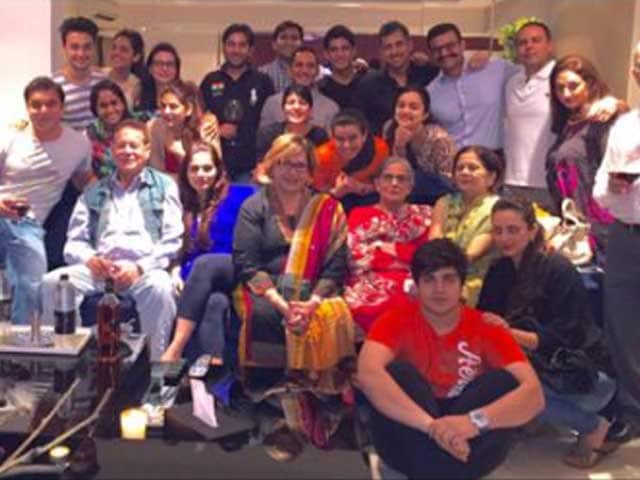 A few days after the wedding festivities of Bollywood actor Salman Khan's beloved sister Arpita, the entire Khan clan attended a get-together at her new Mumbai home, reportedly a gift from Salman.

Actor Atul Agnihotri, who is married to Salman's sister Alvira, shared pictures of the party on Twitter and also dismissed rumours that Salman had gifted a Rolls Royce to his sister:

Arpita also posted a picture with her family and friends: