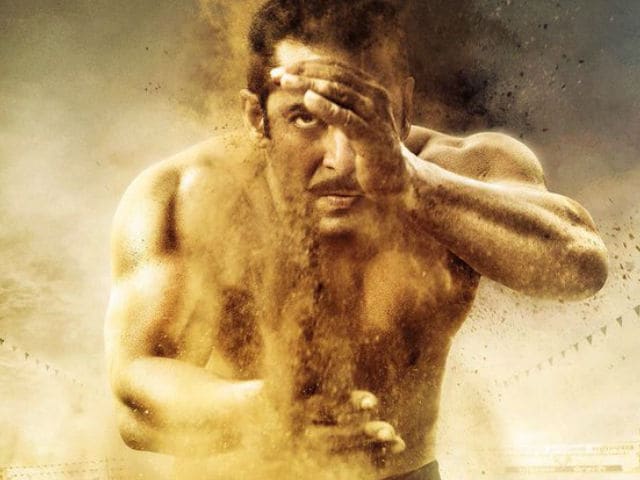 A poster of Sultan.

Salman Khan is truly Sultan of all he surveys. His new wrestling film is currently demolishing box office records and has collected Rs 200 crore in just seven days, tweeted trade analyst Taran Adarsh - the shortest time taken by any Bollywood film yet, he says.
Sultan, which released last Wednesday, has reached the milestone quicker than Salman's 2015 film Bajrangi Bhaijaan and Aamir Khan's films PK and Dhoom 3.

These are Sultan's numbers right now:

Sultan stars Salman Khan, 50, as a Haryanvi wrestler who turns to mixed martial arts in an attempt to regain past glory. Anushka Sharma stars as his wife and Randeep Hooda plays his coach.
Box office receipts apart, Salman has been the focal point of controversy after comparing himself to a 'raped woman' some two months ago - a comment he has not yet apologized for. He has failed to show up for repeated summons from the National Women's Commission and its Maharashtra counterpart.