What remains to be revealed is whether the film will continue the story from the point where the makers left the last and if Katrina Kaif will reprise her role. 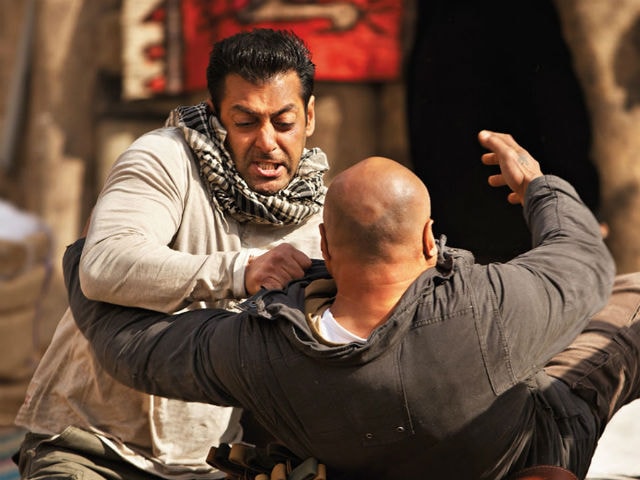 A still from Ek Tha Tiger

Salman Khan's next project after Kabir Khan's Tubelight with Chinese actress Zhu Zhu has been announced, reports DNA. It will apparently be a sequel to Salman's 2012 blockbuster action film, Ek Tha Tiger. DNA Exclusive report
The film, which is reportedly tentatively titled Tiger Zinda Hai , will not be helmed by Kabir Khan (the director of the original), but by Ali Abbas Zafar, who made Salman's wrestling film Sultan. The franchise will continue under the Yash Raj Films banner.
The report adds that Kabir Khan has willingly entrusted the project to the Sultan director and that the two are constantly in touch about the script.
Meanwhile, fans of the actor are visibly excited on Twitter and 'Tiger Zinda Hai' was trending on the social networking site soon after the DNA report was published.
What remains to be revealed is whether the film will continue the story from the point where the makers left the last and if Katrina Kaif will reprise her role as Pakistani ISI Agent Zoya who falls in love with RAW Agent 'Tiger,' played by Salman. Given that Katrina and Ali share a close friendship and have worked together in his first film, Mere Brother Ki Dulhan, the actress' presence is not unlikely.
For now, Salman Khan is busy shooting Tubelight which releases on Eid 2017, while his untitled project with Rajkumar Santoshi and home production Dabangg 3 have been indefinitely postponed. As per recent tradition, the makers of Tiger Zinda Hai are hopeful for an Eid 2018 release date.