Salman Khan's Tiger Zinda Hai will be directed by his Ali Abbas Zafar. Kabir Khan said, "The series was started by me, and Ali is taking that forward. I feel very happy for him" 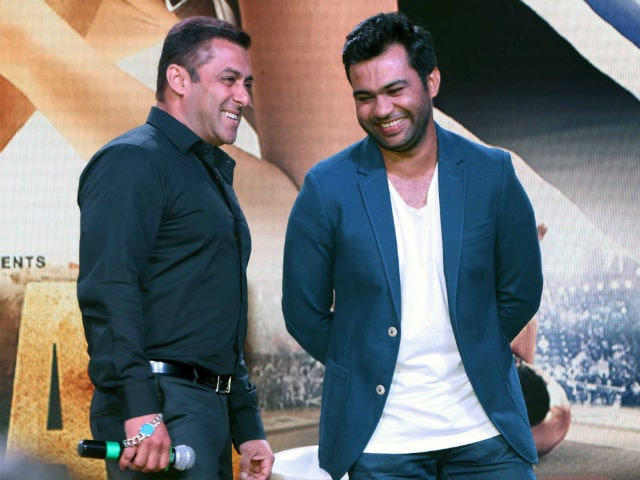 Filmmaker Kabir Khan, who helmed Salman Khan's 2012 film Ek Tha Tiger, told news agency IANS that he is happy that Ali Abbas Zafar is directing Tiger Zinda Hai. "The series was started by me, and Ali is taking that forward. I feel very happy for him. He was my assistant and my close friend too." The shooting of Tiger Zinda Hai has started in Morocco and the film is slated to release on December 22. Kabir Khan recently finished shooting for Tubelight featuring Salman Khan. He told IANS, "We've completed the shoot before schedule. Now the post-production is going on. Still there is a lot of time to release the film, so I have some ideas."
Speaking further about Tiger Zinda Hai, Kabir told IANS, "As Yash Raj Films has the rights of the series, so Ali will be directing the second instalment. He will go with his vision of Tiger, though the characters and the basic set-up will be the same. The world which was created by me will be the same, but the interpretation will be different." Kabir also added that the characters will be same, but the plot of Tiger Zinda Hai is different.
Salman, 51, will be seen reprising his role in Tiger Zinda Hai opposite Katrina Kaif, who plays Zoya.
Kabir Khan's Tubelight is scheduled to release during Eid. The film is Kabir Khan's third collaboration with the Dabbang star. He has previously worked together with Salman Khan in Ek Tha Tiger and Bajrangi Bhaijaan.
Ek Tha Tiger released during Independence Day in 2012. The plot of the film revolved around an Indian spy (Salman Khan) who falls in love with a Pakistani spy (Katrina Kaif) during an investigation. Ali Abbas Zafar has directed Salman in Sultan.
(With IANS inputs)