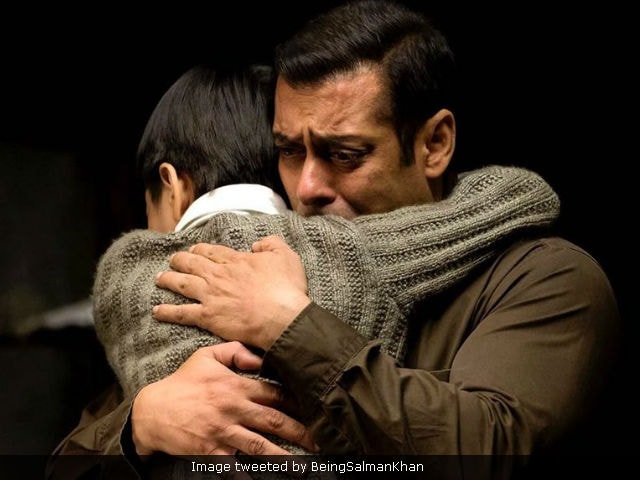 Director Kabir Khan says the Salman Khan's work in their upcoming film Tubelight is five times better than 2015 superhit film Bajrangi Bhaijaan, reports news agency IANS. Bajrangi Bhaijaan was an emotional potboiler set against the backdrop of Indo-Pak unity where an Indian man vows to safely drop an eight-year-old girl to her home in Pakistan. The film stuck many movie-goers on an emotional level - remember little Suzi who cried her eyes out for Salman Khan and even actor Aamir Khan cried bucketful? Kabir Khan said that Salman's performance is better in Tubelight but added that he doesn't carry forward the pressure of the past film.
"Salman will be seen in a completely different way in the film (Tubelight). If people have thought that Salman's performance is special in Bajrangi Bhaijaan, then his performance in Tubelight is five times better than it. The audience will see Salman's better performance in Tubelight," Kabir Khan told IANS on the sidelines of Lion's screening in Mumbai.
"I made a film and now it's up to the audience to decide whether the film is good or bad. However, I don't carry forward the pressure of the past film. Otherwise, I would have made another movie like Ek Tha Tiger. We have made Tubelight and if people like the film, the business will be similar or more than Bajrangi Bhaijaan and if they don't, then it would be a bit low," he added.
Kabir also told IANS that he is left with just "one day's shoot" for Tubelight. Recently, Chinese star Jackie Chan was in India for the promotions of Kung Fu Yoga and Salman Khan wrapped the shoot of Tubelight to catch up with him.
Of the challenges he faced during the shooting of Tubelight, Kabir told IANS: "I shot this film in Ladakh. That was the most challenging... to shoot the film in that location."
Tubelight also stars Chinese actress Zhu Zhu and child artiste Matin Rey Tangu. The film is slated for Eid 2017 release.
(With IANS inputs)