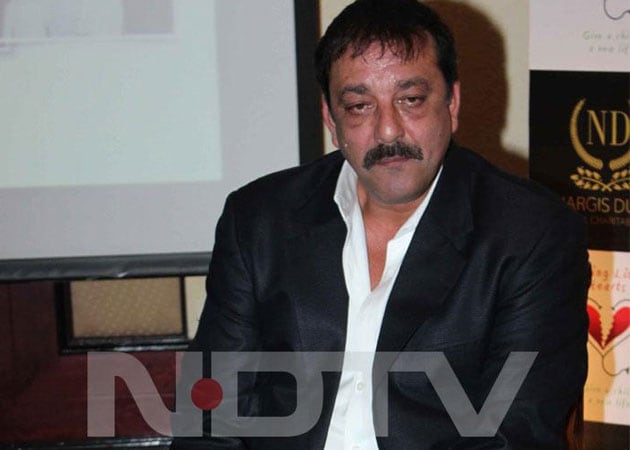 Sanjay Dutt has been given a 5 year sentence. He has served 18 months in jail already.

Actor Sanjay Dutt has been convicted by the Supreme Court today in the Arms Act case that he was booked under in connection with the 1993 Mumbai serial blasts. He has been given a 5 year sentence. He has served 18 months in jail already.

Actor Sanjay Dutt has been given a five-year sentence by the Supreme Court for illegal weapons possession in a case linked to the 1993 serial blasts that killed 257 people in Mumbai. The Supreme Court today said that the circumstances and nature of offence was so serious that the 53-year-old actor cannot be released on probation.
"Whatever is the judgement of the court I will respect it. I want all to pray for me. God is great," Mr Dutt said.
The court today ordered Mr Dutt to surrender to police within four weeks on the charge of possessing three automatic rifles and a pistol that had been supplied to him by men subsequently convicted in the bombings.
Mr Dutt's sister Priya Dutt, an MP from Mumbai, broke down after the verdict. The actor, who was in jail for 16 months between 1994 and 1995 and for a few weeks again in 2007, will now have to serve over three years years in jail.
Mr Dutt has maintained he knew nothing about the bomb plot and that he asked for the guns to protect his family after receiving threats during sectarian riots in Mumbai.
The Supreme Court today observed said that evidence and materials perused by the the Terrorist and Disruptive Activities Act (TADA) Court in 2007 against Mr Dutt was correct. (See case timeline)
In his confession upon his arrest in 1993, which he later retracted, the actor had said that mafia don Abu Salem visited his home in January 1993 with Samir Hingora and Hanif Kadawala, proprietors of Magnum Video and alleged close associates of underworld don Dawood Ibrahim.
The Supreme Court today confirmed the death sentence of Yakub Abdul Razak Memon in the case and commuted the death sentence of 10 others. While passing its verdict, the court said the "management and conspiracy of the blasts was done by Dawood Ibrahim'' and that Pakistan's intelligence agency, ISI, was involved in the blasts. The court also commuted the death sentence of the 10 other convicts to life imprisonment today.