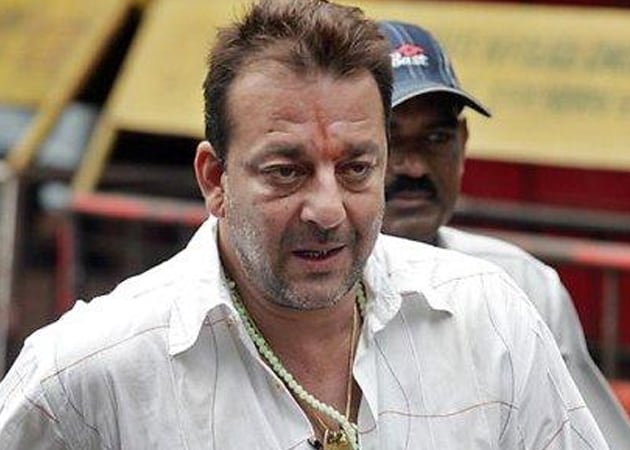 With a few days left for actor Sanjay Dutt to surrender in the 1993 Mumbai serial blasts case, trade sources said that though the actor has finished working on some movies, he still has a few projects pending.

With a few days left for actor Sanjay Dutt to surrender in the 1993 Mumbai serial blasts case, trade sources said that though the actor has finished working on some movies, he still has a few projects pending.
The makers of Policegiri, in which he plays the role of a police officer, confirmed that Sanjay has completed work on the project.
"The shoot for Policegiri is over. We are releasing the film on July 5. We would begin with the promotions in some time. We have made a good film and are hopeful people will like it," producer T P Agarwal told PTI.
"For us he (Sanjay Dutt) is important. We are not much thinking about promotions and all. It is shocking that his plea has not be considered. It is sad news," Agarwal said.
The Supreme Court had on March 21 upheld the conviction of Sanjay Dutt under the Arms Act (for illegally possessing arms) in the terror attack and sentenced him to five years in prison. He has spent 18 months and will have another three-and-half years in jail.
But he moved an application in apex court asking for time to surrender as he wanted to complete shooting of seven of his movies - worth Rs 278 crore, including big-budget projects such as filmmaker Raju Hirani's Peekay, Karan Johar's Unglee, Apoorva Lakhia's Zanjeer.
The apex court granted him four weeks' time to surrender before jail authorities.
The Supreme Court on Friday dismissed Sanjay Dutt's plea seeking review of its March 21 judgement upholding his conviction under the Arms Act and sentencing him to five years in jail in 1993 Mumbai serial blasts case.
Now he will have to surrender later this week. According to sources close to the actor, Dutt has managed to finish shooting for Policegiri, Zanjeer and Peekay.
"We are not sure about Unglee whether it is completed or not, while a song is left to be shot for Sher," sources said.
His work in Takrar is also remaining. The film is in pre-production stage and for Agarwal's other film Vasooli, Dutt had only shot for four days.
"He is disturbed as he had not expected this thing. His film projects like Unglee, Sher, Takrar and Vasooli are still pending. We have learnt that his role in Peekay has been chopped a bit," trade sources said.
In Apoorva Lakhia's remake version of Zanjeer, Dutt plays the role of Sher Khan, played by veteran actor Pran in the original version. While, in Peekay, he will play a Rajasthani villager.
Dutt was supposed to make a special appearance in Vidya Balan-Emraan Hashmi starrer Ghanchakkar, but director Raj Kumar Gupta decided to drop the scene because he felt they can't shoot it now, sources said.
The third instalment of Munnabhai series - Munnabhai Chale Delhi - will be shot only after Sanjay Dutt returns from jail, a press release had earlier stated.