Sanjay Dutt: From Rocky to Munnabhai 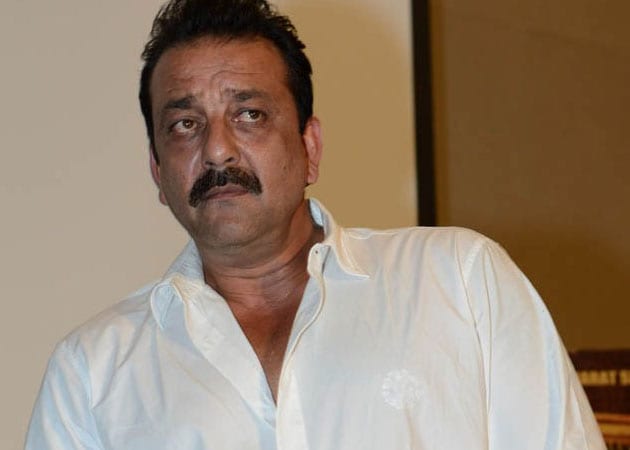 Sanjay Dutt burst upon Bollywood in 1981?s Rocky, and was hailed as the next big thing.

The actor, who was charged with illegal possession of arms and was sentenced to six years in jail in 2007, has now been handed a reduced term of five years. He has already served 18 months of his sentence.

The Supreme Court delivered a final verdict on Bollywood actor Sanjay Dutt's part in the bomb blasts that ripped Mumbai apart in 1993 has. Dutt, who was charged with illegal possession of arms and was sentenced to six years in jail in 2007, has now been handed a reduced term of five years. He has already served 18 months of his sentence..
The son of actors Sunil and Nargis Dutt, Sanjay Dutt was born on July 29, 1959 and went to The Lawrence School, Sanawar. He burst upon Bollywood in 1981's Rocky, and was hailed as the next big thing. Three days before the film's premiere, his mother Nargis died after a long and painful battle with cancer. Dutt then starred in a string of hit films including Vidhaata, Main Awara Hoon, Naam and Kabzaa. His performances in Sadak and Saajan were singled out for praise.
In June 1993, Sanjay Dutt's role as the ant-hero in the superhit Khalnayak earned him praise from the critics and he received a Filmfare Best Actor nomination. But, just three weeks before the film released, he was arrested and charged with involvement in the bombings. (Read: Sanjay Dutt to play Pritam Singh again )
Sanjay Dutt was in and out of jail over the next four years and was finally released on bail in 1997. All the while, films he'd already shot for continued to release. These included Aatish and Vijeta. Dutt made a comeback in Ram Gopal Varma's Daud, opposite Urmila Matondkar, now considered a cult classic. In 1999, the award-winning Vaastav fetched Sanjay Dutt a Filmfare Best Actor award for playing a gangster, a role that he would be frequently cast in, most recently as crime lord Kancha Cheena in 2012's remake of Agneepath.
Despite settling into the role of Bollywood's favourite tough guy, Sanjay Dutt also displayed a flair for comedy in the blockbuster Munnabhai films, and for drama in Parineeta and Shabd. He is often part of ensemble casts, in movies like Shootout At Lokhandwala, Dus and Department. This year, Sanjay Dutt has already shot for Peekay and the remake of Zanjeer. He is meant to star in Munnabhai Chale Delhi, the third in the hit series co-starring Arshad Warsi. (Read: For Vidya Balan, Sanjay Dutt will remain first superstar )
Sanjay Dutt also has a failed tryst with politics. In 2009, he announced that he would fight the Lok Sabha elections as a Samajwadi Party candidate. He withdrew his candidacy when the Supreme Court refused to suspend his conviction in the Mumbai blasts case and was appointed General Secretary of the party instead. The next year, he quit the party - and politics, in general.
Sanjay Dutt has been married thrice. In 1987, he married actress Richa Sharma who died nine years later of a brain tumour. Their daughter, Trishala, lives in the United States. In 1998, Dutt married model Rhea Pillai. They divorced in 2005. In 2008, he married Maanyata. Twins Iqra and Shahraan were born in 2010. Sanjay Dutt's sisters are Congress MP Priya and Namrata, who is married to former actor Kumar Gaurav. (See Pics: The Dutt family album)