Sanjay Dutt: Only Mamata Banerjee Supported Me After The 1993 Incident

Mamata Banerjee had good relations with late actor Sunil Dutt, and had rallied behind Sanjay who was handed a five-year sentence by the Supreme Court for illegal weapons possession in a case linked to the 1993 serial blasts 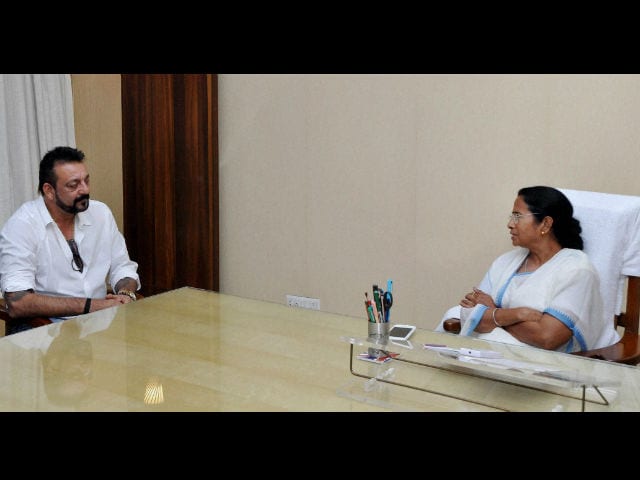 Actor Sanjay Dutt paid a courtesy visit to West Bengal Chief Minister Mamata Banerjee at the Nabanna state secretariat in neighbouring Howrah district on Monday.
Mamata Banerjee exchanged pleasantries and introduced the Munna Bhai MBBS star to her cabinet ministers.
The Trinamool Congress supremo had good relations with Sanjay's father, late actor Sunil Dutt, and had rallied behind Sanjay who was handed a five-year sentence by the Supreme Court for illegal weapons possession in a case linked to the 1993 serial blasts that killed 257 people in Mumbai.
The actor further lauded the development initiatives taken by Mamata Banerjee in the state.
"After what happened to me in the 1993 incident, Didi (elder sister - as Mamata Banerjee is affectionately called) was the only one who supported me. After that I always wanted to come to Kolkata and thank Didi. Because no one had supported me back then. Only Shatrughan Sinha and Didi were by my side," Sanjay told reporters in West Bengal.
"I came to thank her. I said thank you, took her blessings. I said whenever she needs me I will be around. She has invited me for the (Kolkata International) Film Festival on November 11 and I will definitely come," added the actor.
"I heard she is working on reformation of jails. This is good."
Sanjay lavished praised on the chief minister for what she has done to transform the city since his last visit.
"Last time I visited was during (the filming of) Parineeta. This time, while coming from the airport, I was pleasantly surprised by what Didi has done in such a little time."
(Except for the headline, this story has not been edited by NDTV staff and is published from a syndicated feed.)