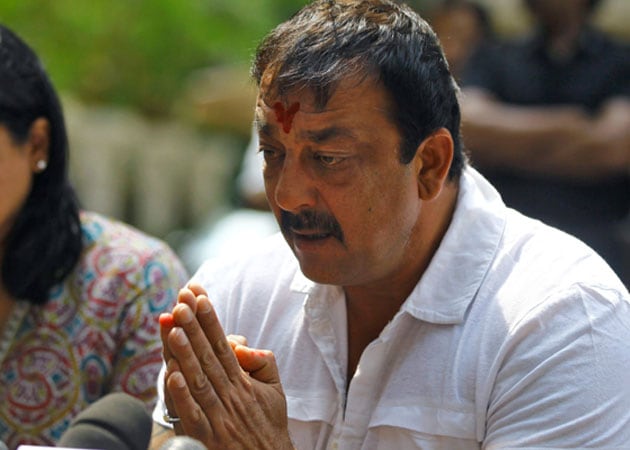 Sanjay Dutt returned to prison in May last year

Director Rajkumar Hirani has said actor Sanjay Dutt shot for his portions in the upcoming film Peekay before going to jail last year to serve his remaining term in the 1993 bomb blast case.
"He has already shot for his portions before he went (to jail)," Rajkumar Hirani said at an event here tonight. Sanjay Dutt went to prison in May last year.
There was a talk in Bollywood circles that the film's release has been pushed to December as Aamir Khan, who features in Peekay and is also one of its producers, is busy with his TV talk show Satyamev Jayate whose second edition went on air last Sunday.
Also, Aamir Khan had earlier said Hirani wanted to spend more time on the film's editing which is why the release was pushed to December from June 6.
But Rajkumar Hirani cleared the air and insisted the reason for putting off Peekay release was because people tend to watch more films during the festive season.
"There is no particular reason for the delay in release. We wanted to release the film in June. But then Christmas seemed apt time. It is festive time and more people tend to watch films during this (festive) period. Also, most of Aamir's films hit the theatres during Christmas and they have done well," the national award winning director said.
The Rajkumar Hirani-helmed political satire also stars AnushkaSharma and Sushant Singh Rajput, besides Dutt and Aamir.
Aamir has had successful Christmas releases--from Ghajini, 3 Idiots to last year's Dhoom 3.