Sanjay Dutt Signs Another Film. Here's What Malang Is About 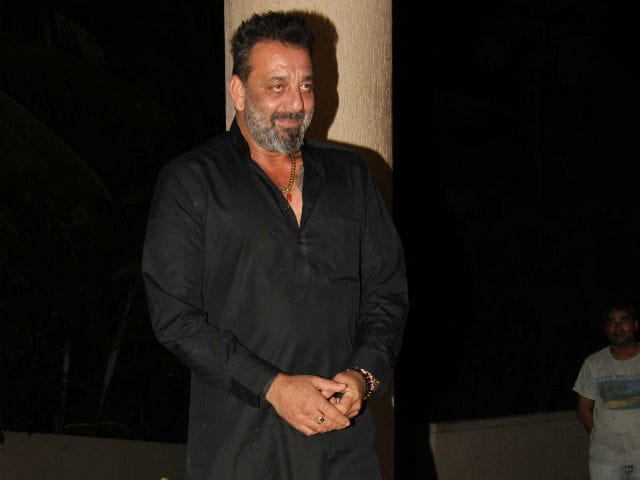 Actor Sanjay Dutt, who recently wrapped the shooting of Bhoomi his comeback film, has now signed a romantic thriller. Titled Malang, the film will be directed by debutant Aarambhh Singh. "I have always believed in the passion of newcomers and fresh talent. I observed Aarambhh since he was the assisting Omung in Bhoomi. When he narrated Malang to me, I looked at Sandeep and said I am hooked. The layering of my character and the plot, the setting of Varanasi has me most excited about this project," Sanjay Dutt, 57, said in a statement. Malang will be co-produced by Bhushan Kumar, Sandeep Singh and Omung Kumar, the makers of Bhoomi.
Of the film, Aarambh said, "It's a huge opportunity to direct Sanjay Sir and have him be the hero of my film. I am very grateful to him for letting me direct a great star like him. It's like a dream come true. I am also very thankful to Sandeep sir and Omung sir for showing immense faith in me and giving me this chance to showcase my talent."
Sanjay Dutt recently quit Total Dhamaal because of his commitments to other projects and the film's adult content. "Sanjay Dutt doesn't want his children to see him in an adult comedy film," source told NDTV.
Apart from Bhoomi, the actor will be seen in Saheb Biwi Aur Gangster 3 and Torbaaz.
"Sanjay Dutt has been an absolute pleasure to work with and our relationship with Legend Studios goes back a long way. T-Series always believes in backing new talent and exciting projects and Malang is all of that and more," Sandeep Singh said in a statement.
Malang will go on floors in December 2017.