Sanjay Dutt's Bhoomi, which begins filming next month, will be his first film after he finished his five-year jail sentence in an illegal arms possession case linked to the 1993 Bombay Blasts 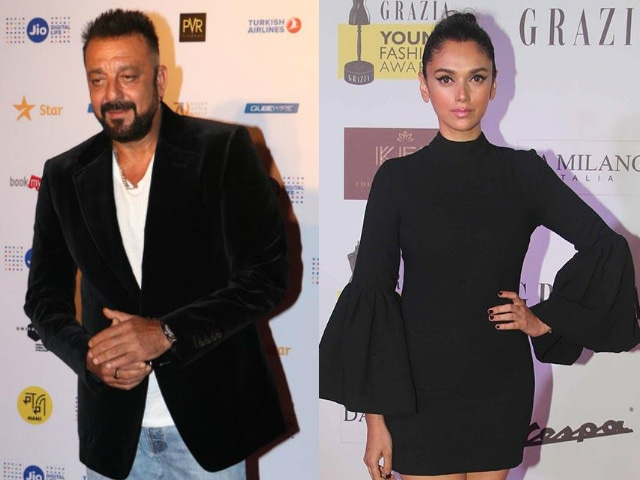 Actress Aditi Rao Hydari has been cast in a crucial role in Sanjay Dutt's comeback film, Bhoomi. The 30-year-old actress will play the daughter of Mr Dutt's character in the Omung Kumar-directed film. The role has been up for grabs for a while and several actresses were reportedly being considered, including Alia Bhatt and Shraddha Kapoor. Bhoomi, which begins filming next month, will be Sanjay Dutt's first film after he finished his five-year jail sentence in an illegal arms possession case linked to the 1993 Bombay Blasts. Confirmation of Aditi's casting was posted on social media by several sources, among them trade analyst Taran Adarsh.


Search is over... Aditi Rao Hydari is #Bhoomi. Yes, she is the lead in Sanjay Dutt's comeback film. Directed by Omung Kumar. pic.twitter.com/aQ4s57BhiO

Director Omung Kumar, who has been scouting locations in Agra, told Mumbai Mirror: "We shortlisted Aditi because she's in a good space right now. I love the way she emotes. This, unlike her other projects, will be her film. She's a relatively untapped actress. The father-daughter relationship is an important aspect of the narrative in this revenge drama. Aditi's face perfectly blends softness with a lot of strength. Besides, I like to team up people, who seem unlikely to be cast together, in my movies."
Aditi Rao Hydari, 27 years younger than Sanjay Dutt who is 57, appeared in Wazir and Fitoor last year.
Sanjay Dutt's last film appearance was in Aamir Khan's 2014 blockbuster PK. At the time, he was still in prison in Pune. In 2013, the Supreme Court sentenced him to five years in a case related to the Bombay Blasts. Mr Dutt had already spent 18 months in prison previously and served the remainder in Pune's Yerawada Jail. He was released last February.
Apart from Bhoomi, Sanjay Dutt's roster of upcoming films includes the third Munna Bhai outing, a sequel to his Nineties hit Khalnaayak and a film titled Marco Bhau. A biopic of him is going full steam ahead, with Ranbir Kapoor cast as the actor and Sonam Kapoor playing his love interest.