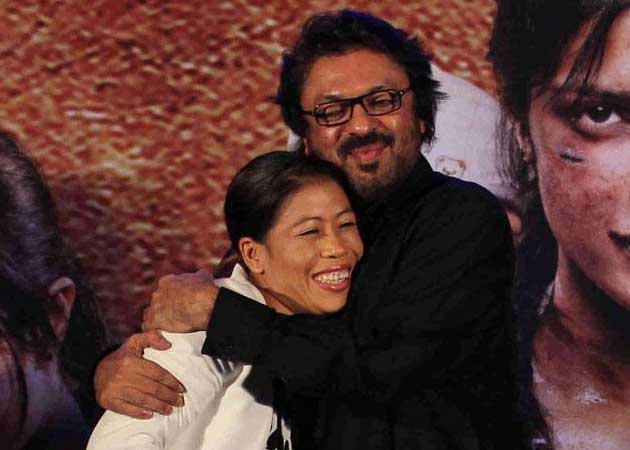 Sanjay Leela Bhansali produced a biopic based on Mary Kom

"She is a true hero. I am not surprised by her victory. I expected her to bring the gold home from the Asian Games. Mary has the tenacity and the passion. These are qualities that prompted us to make a film on her life in the first place," Mr Bhansali said.

Mary Kom is a biopic based on the ups and downs of the star boxer's life. Featuring Priyanka Chopra and Darshan Kumar, it is directed by first timer Omung Kumar.

Darshan, who played Mary Kom's husband in the biopic, said "We are all super-proud of the super-woman. Congrats Mary for the wonderful victory. You've made India shine with your gold. I feel blessed to have been part of a film about your life."

Mary Kom punched her way to victory, defeating Kazakhstan's Zhaina Shekerbekova in the flyweight (48-51kg) final in Incheon on Wednesday.