"Sarbjit was a hyped film but my performance in Laal Rang was equally appreciated; it was one of my favourite films. So all this is going to accumulate into my filmography which will be seen by people. I hope I get better films," said Randeep Hooda 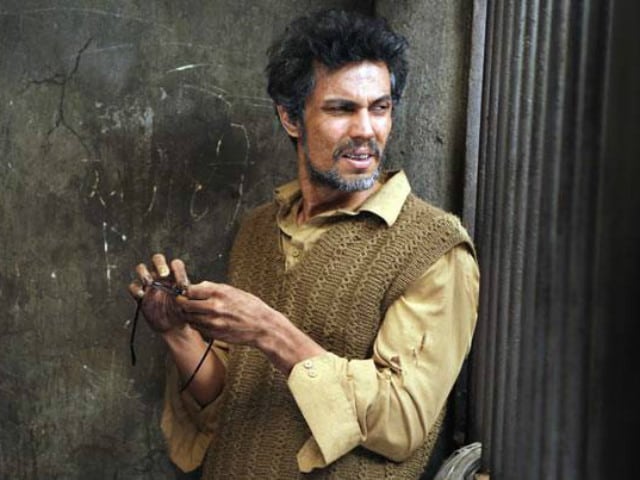 Randeep Hooda in a still from Sarbjit.

Actor Randeep Hooda said that veteran actor Naseeruddin Shah has advised him not to plan his career ever.
Randeep has been associated with theatre since the beginning of his acting career and is an active member of Naseeruddin Shah's Motley Theatre Troupe. He considers Mr Shah as his mentor, friend and confidante.
"There was a time when I wished to get a break and I got a break for three years, not because of lack of work that cameto me but because of lack of quality work. Naseer (Naseeruddin Shah) bhai once told me when I was lying with a broken leg on bed, that the one thing that I am doing wrong is planning my career," Randeep told PTI.
"He said, don't plan your career. It will take its shape, so that is what I have been doing. I want to do good stuff and there is so much diversity in my work," he said.
Now when the Sarbjit actor is doing well in his career, he doesn't intend to take a break.
"I wished for a break. I did not have work for three years and I don't want to wish that upon myself again. There are two-three things that are cooking. Let's see what happens first," he said.
With films like Saheb Biwi Aur Gangster, Highway, Jism 2, Kick, Randeep has always tried to do different kinds of roles and he is happy that the industry has been good to him.
"I think, may be it will take few more films in a row for me to get acceptance. But I cannot complain about the industry as I have always got work," he said.
A successful film usually brings offers for the actors and Randeep is fresh out of the success of Sarbjit.
"Sarbjit was a hyped film but my performance in Laal Rang was equally appreciated; it was one of my favourite films. So all this is going to accumulate into my filmography which will be seen by people. I hope I get better films. Every successful film can get me one more opportunity to show my work," he said.
The 39-year-old actor will be seen next in Do Lafzon Ki Kahani, where he plays an MMA fighter.
"I did my upcoming film Do Lafzon Ki Kahani before I did Sarbjit. I gained weight (for Do Lafzon Ki Kahani). I weighed 95 kilos for Do Lafzon Ki Kahani and came down to 65 kilos for Sarbjit. It was heartbreaking," Randeep said.
The Highway actor is happy that the film has a good blend of romance and action.
"The film has romance, action, good songs. After Jism 2 and Murder 3, this is one film in which the songs are best," he said.
The actor has seen the Korean film Always on which Do Lafzon Ki Kahani is based.
"I wondered why no one is making this film Always in Hindi. Then Deepak Tijori (director) came with this story of two lovely lonely souls living in a foreign country. They meet out of fate and realise they have a connection," he said.
After being in the film industry for around 15 years and showing his versatility, Randeep reveals that he still gets petrified to do any role.
"Every role that I get makes me feel petrified thinking if I will be able to do it. This happens after I have accepted a film. I have not decided what I will do after Sultan but I will try to do something different," the actor said.
This year, Randeep will be seen in three films, of which Sarbjit has already released and has garnered good response. The other two films are Do Lafzon Ki Kahani and Sultan. Randeep feels having back-to-back releases is hectic.
"The promotion part is very tiring. But I think positively about it. I have always tried do something different with every film and people can see the difference in all three films (of 2016)," he added.