Sarika the First Choice for Revathi's Role in Margarita, With a Straw 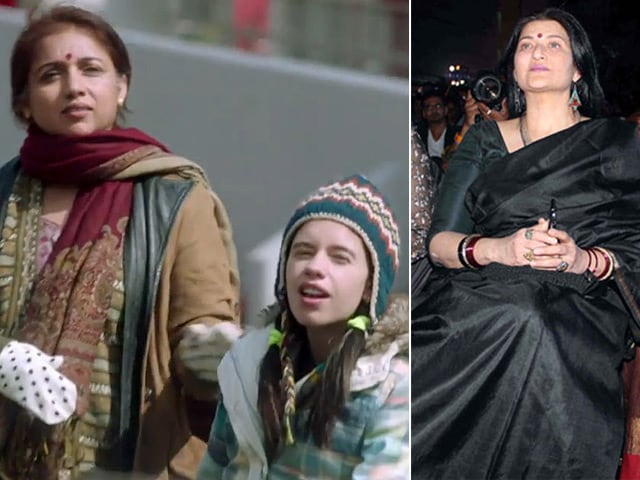 Revathi and Kalki in a still from Maragarita, With a Straw (left) and Sarika at an event in Mumbai.

"Sarika loved the script but then we had to wait for three months for Kalki and by then Sarika had given dates to other projects," said Shonali Bose

Margarita With A Straw director Shonali Bose said that veteran actress Sarika was the first choice to play the role of Kalki Koechlin's mother in the film, which later went to Revathi.
"For the mother's role, we thought we must go by physical resemblance and acting talent, so Sarika was our first choice. She loved the script but when we had to wait for three months for Kalki. By then Sarika had given dates to other projects, that when we approached Revathi. I told Revathi to read the script then she said she wants to do it. She has done a fabulous job in the film," Shonali told IANS. (Also Read: Margarita, With a Straw Will Be 'Shocking' For Some, Says Revathi)
In the film, Kalki plays the role of a young woman with cerebral palsy. The film has been appreciated on the international platform as well as well as members of Hindi film industry.
It is slated for April 17 release.