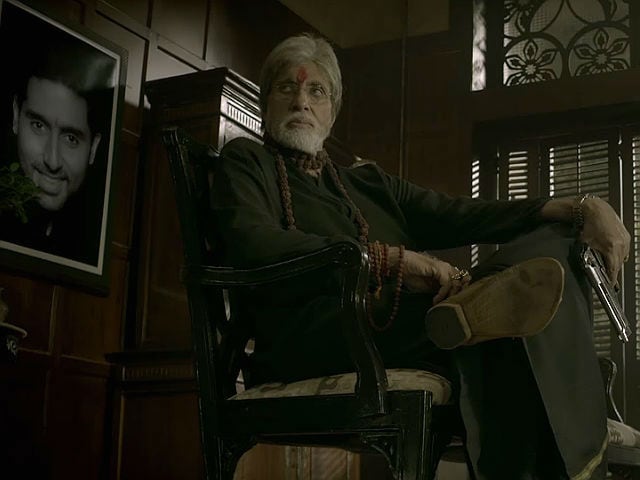 Amitabh Bachchan's latest film Sarkar 3, directed by Ram Gopal Varma, collected Rs 2.25 crore on Day 1 (Friday) reports Box Office India. Amitabh Bachchan stars as the 'angrier than ever' Subhash Nagre. The film is RGV's third project in the Sarkar franchise. The first film in this series, Sarkar, released in 2005 and Sarkar Raj hit the screens in 2008. Amit Sadh plays Shivaji Nagre, Big B's grandson while Yami Gautam features as Annu Karkare. Annu wants to take revenge from Subhash Nagre, as her family was destroyed due to his unfair decisions. Manoj Bajpayee and Jackie Shroff form the additional cast. Sarkar series is inspired from the Hollywood film The Godfather.
In his review for NDTV Movies, Saibal Chatterjee gave Sarkar 3 two stars out of five. "Sarkar 3 is after all an Amitabh Bachchan show all the way. He adopts comfortably familiar methods to prop up the most inane of lines and situations. But no matter what he does to liven up the pallid proceedings, Sarkar 3 remains a soul-deadening affair, flashy but flimsy," he wrote.
Box Office India reports that the opening day of Sarkar 3 is less than half of Sarkar Raj, which was Rs 4.97 crore.
At the trailer launch of Sarkar 3, RGV told news agency PTI, "Sarkar series is full of grey characters. There is no hero or villain. Everyone believes in their own conviction and what they stand for. So to describe anyone as positive or negative is not right."
Sarkar 3 released with Parineeti Chopra and Ayushmann Khurrana's Meri Pyaari Bindu.