Ram Gopal Varma announced on Twitter that he is making a film on V K Sasikala, whose brief political glory was sharply abbreviated by the four-year prison sentence 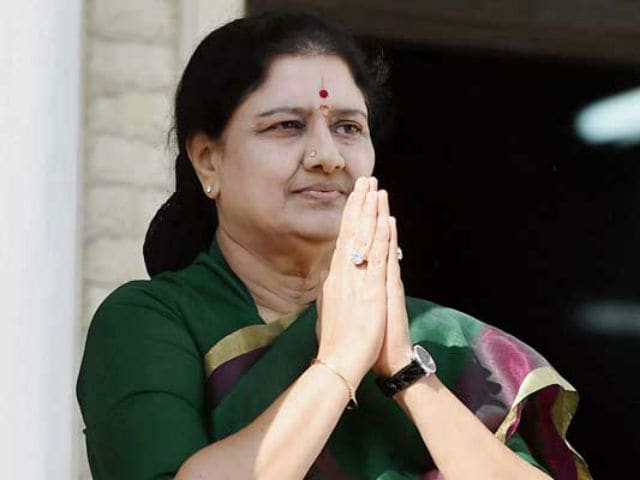 Sasikala has been sentenced to four years imprisonment (Courtesy: PTI)

Filmmaker Ram Gopal Varma has announced on Twitter that he is making a film on V K Sasikala, whose brief political glory was sharply abbreviated by the four-year prison sentence she is now serving for corruption. In his typically inflammatory style, RGV has revealed that his film will reveal what he claims is the 'unimaginably shocking truth' about the relationship Sasikala shared with late Tamil Nadu chief minister J Jayalalithaa. RGV's sources are the domestic staff of 36, Poes Garden, Jayalalithaa's Chennai residence. The 54-year-old filmmaker also described Sasikala, now prisoner number 9234 in a Bengaluru jail, in Godfather terms - 'Don Vito Sasikala Corleone of the Manargudi Mafia Family' (which is what Sasikala's family members have been dubbed by the media).
Here are Ram Gopal Varma's tweets. Perhaps he really is going to make that film.


"Sasikala" is going to be the story of the story behind Sasikala in front of Sasikala and only Manargudi mafia members will understand this pic.twitter.com/SvOSQtLPOQ

Truth behind Jayalalitha and Sasikala relationship,what Poes garden servants told me is unimaginably shocking and I wil show it in my film pic.twitter.com/YocWWyiTUQ

Don Vito Sasikala Corleone of the Manargudi Mafia Family ..She doesn't even offer for you to refuse pic.twitter.com/vrsgPwIj0g

V K Sasikala, who was Jayalalithaa's live-in aide, presented herself as the late politician's successor and candidate for chief minister of Tamil Nadu last month. This week, the 61-year-old began her prison sentence in Bengaluru's Central Jail after the Supreme Court found her guilty of corruption in a disproportionate assets case. E Palaniswami, who has been described as Sasikala's 'proxy,' has taken over as the new chief minister of Tamil Nadu.
Ram Gopal Varma is currently making Sarkar 3, the third in his series of political dramas starring Amitabh Bachchan. Once admired for films such as Sathya and Company, RGV's filmography has petered into the mediocre after his regrettable remake of Sholay, titled Ram Gopal Varma Ki Aag. RGV is also notorious for his unbridled tweets, many of them attacking colleagues like actor Chiranjeevi and former protege Anurag Kashyap.