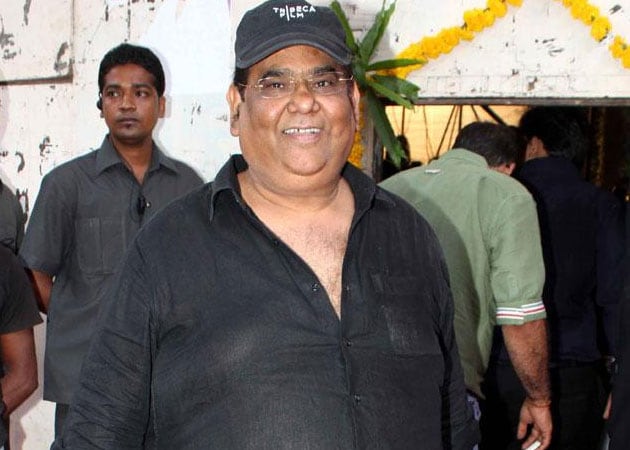 Actor-cum-filmmaker Satish Kaushik, whose domestic help recently stole over Rs 1 crore from his house, says he employed the servant without complete identity verification and admits it was a "mistake".

Actor-cum-filmmaker Satish Kaushik, whose domestic help recently stole over Rs 1 crore from his house, says he employed the servant without complete identity verification and admits it was a "mistake".
The domestic help was arrested in Mumbai on Tuesday night and the money recovered.
"He was caught and the money was recovered. Now I've to get the money from the court," said Kaushik. (Also read: Satish Kaushik's Help Arrested for Robbery, Rs 1.19 cr Recovered )
He can only thank his stars that the domestic help didn't harm his family.
"Anything could've happened to my wife and little daughter. The servant who was from Jharkhand had completely won us over. My daughter played with him and my wife trusted his presence in the household. Anything could've happened since I was not at home at the time of the incident."
"I made the mistake of not verifying his credentials before employing him. My driver got me the domestic help, assured me he was reliable. I now realize we should never employ anyone without complete identity verification," said the discernibly shaken Kaushik.
When asked why he kept such a huge amount of cash in his house, he said, "It was a three-day weekend. And I needed to hand over that cash on Monday morning as part of a business deal for a film. How was I to know that someone we trusted in the household would pull such a daring and shameless act right under my wife's nose?" (Also read: Satish Kaushik Robbed of Over Rs One Crores )
There was no doubt about the culprit's identity as the CCTV in Kaushik's building captured the thief red-handed.
The police had assured Kaushik that the servant would be nabbed at the earliest.
"He couldn't leave Mumbai and go back to his hometown Bokaro since the departure points were under constant surveillance," said Kaushik.
"I'm grateful. Thank god my family wasn't harmed."